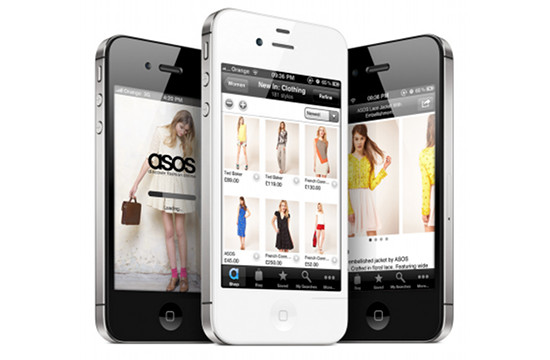 New research released today has revealed how mobile shopping is taking off among UK consumers: four out of ten smartphone owners (42%) have bought something on their phones – and they spent an average of £199 over 2013.

It also found that five years ago the average amount they spent shopping via a mobile was £122, meaning UK m-commerce spend has jumped by 63% since 2008.

Over half (55%) also use their phones while in-store: of those, 54% compare prices online, 41% take photos of products while shopping for future reference/research and 46% research product information. A cheeky one in six (17%) are ‘showrooming’ – using their phone or tablet to find a better price on a competitor’s website and buying there instead.

In fact, half of smartphone owners (50%) admit that they specifically had shopping in mind when they bought their mobile.

The ‘Agile Consumer 2013’ Survey, a study of 1,000 British smartphone owners, was commissioned by marketing agency Cheil Worldwide. Simon Hathaway, president, shopper marketing and retail operations at Cheil, comments: “The smartphone has become a key element of how we shop, and all evidence points to it having been a bumper post-Christmas sales period for m-commerce.

“The amount we spend buying items on our phones has almost doubled in the past five years and is set to soar ever higher as it gets easier to buy online. And even if we don’t use the phone itself to buy, we use it while we’re in a store to research, compare and seek advice.

“The high street is changing completely as we become smartphone-focused shoppers – or what we’re calling ‘Agile Consumers’, with the expectation that the retail experience should, and will be, everywhere, instant and personal.”