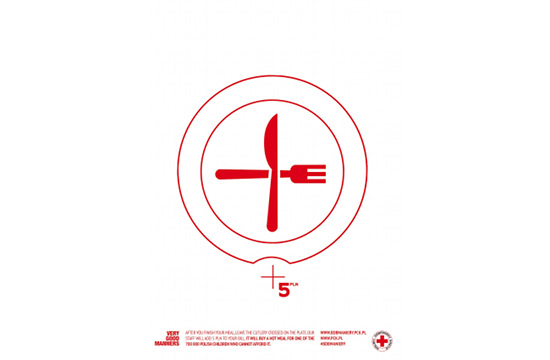 Cheil Poland has launched a new campaign for the Polish Red Cross to raise money for malnourished children.

About 700,000 children in Poland are malnourished (source; Central Statical Office report “Poverty in Poland in 2012). A number of campaigns are already in place to help those children but not many of them have been successful to raise enough money. Why? Not because people are mean, but because people are “lazy” – existing campaigns require extra action, such as signing up for charities, wiring money to fund-raising organizations, etc., which becomes barriers to good intention.

Cheil Poland came up with an idea, which is part of our everyday life and does not require any additional step. When customers cross cutlery on their plates after finishing their meal at participating restaurants, staff collect the plates and add 5 PLN (1.6 USD) to the bill; crossed cutlery signals that “I am happy to donate for starving kids”.

The campaign was started rather quietly with four restaurants, and during one week, we gathered 33. 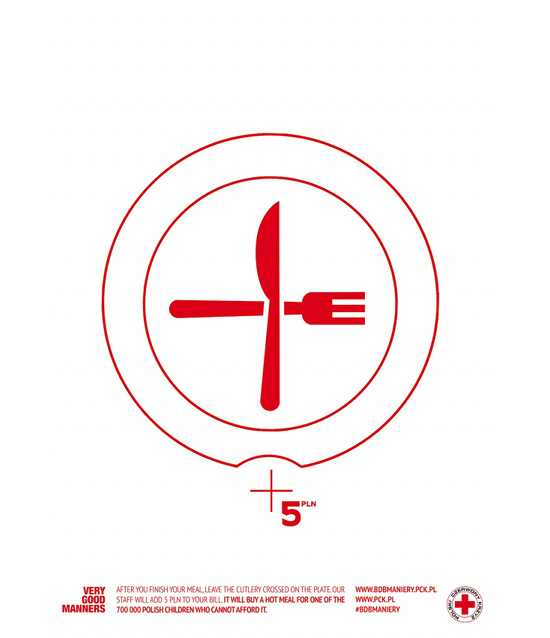