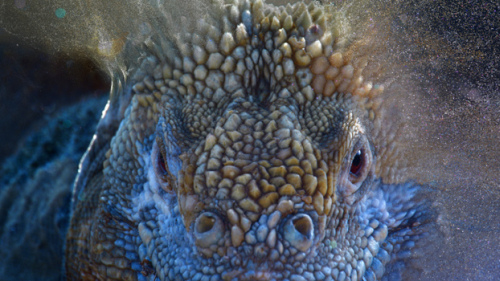 Cheil had a very successful evening at the latest New York Festivals International Advertising Awards on May 1, picking up three awards for its work for Samsung Electronics.

The awards and work included:

- Two third prize awards in the Film: Art Direction and Cinematography category for the OLED TV ‘LIFE in Every Pixel’ campaign

- One finalist award for in the Branded Entertainment: Craft category for Alfred – The Mobile Photographer

The Life in Every Pixel campaign was created by Cheil for the S9C OLED Smart TV. The captivating creative approach demonstrated how the pixels on the 65" inch screen are born out of organic material, with every single pixel growing into simple life forms and then evolving into more complex creatures, eventually turning into a world teeming with colour and life.

Alfred – The Mobile Photographer campaign was created as part of Samsung’s commitment to help unlock human potential around the world. To introduce the idea online, Cheil let Alfred Pleyer, a 57 year-old Austrian hydro-electric worker tell his story. Alfred loved photography. But it wasn't until he began using his Samsung GS3 phone instead of a 'pro' camera that he noticed a dramatic improvement in his street portraiture. With the Samsung Galaxy S3, Alfred became recognised as one of the best Mobile Photographers in the World. The Samsung technology had helped him unlock his true potential.

Wain Choi, Cheil's Global ECD, said : "Spending a few days on a boat in the Galapagose for the ‘Life in Every Pixel’ was truly a once in a life time experience. Working with Bruno Aveillan and his crew made this Samsung OLED TV shoot an amazing journey. We wanted to take the audience on a similar journey through OLED TV. Evolution of one pixel creating beautiful creatures. Showing life in every pixel.

“For the ‘Alfred – The Mobile Photographer’ work, rather than focusing on the latest technology, we focused on people. We gathered interesting stories from around the world that truly embodied the Samsung’s spirit which truly represents everyone regardless of their income, their nationality or their status.”

Logan Wilmont, executive creative director at Cheil UK, added: “Samsung is known for the calibre and innovation of its technology. But the part of the story that isn’t told is the emotional, organic connections behind each Samsung product. With Life in Every Pixel we bought to life the emotional response this technology creates. It focuses on the fact that this breakthrough design and technology creates even more natural images that gets you closer and more enveloped by every image.”

“With Alfred we built a human story that was online for all to see. This story spread, through social media and word of mouth. People discovered Alfred’s story for themselves, and it truly resonated with them. As a consequence they were introduced to other Samsung initiatives in their own countries, which resulted in a successful and thoughtful campaign that went beyond the technology.”