Check Out the Winning Work of Adfest 2014 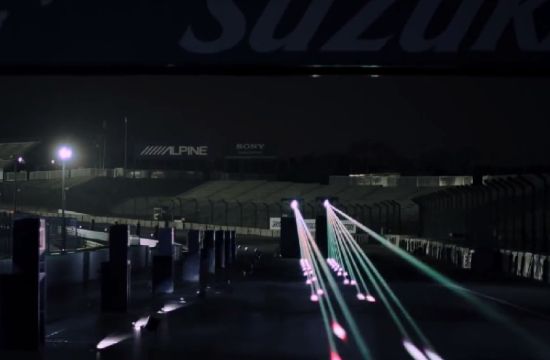 1,095 delegates from 53 cities in total attended the event, and 3,253 entries were received across 17 awards categories.

Jimmy Lam, President for ADFEST summed up this year’s festival by saying, “For me, our theme ‘Co-create the Future’ has been brilliantly expressed not only by this year’s impressive line-up of Speakers, but also by the work that has been awarded at the 2014 Lotus Awards. I would like to thank our phenomenal panel of Jury Presidents and jurors who worked tirelessly to judge this year’s winning ideas, which now set the benchmark for the industry looking forward.”

The final Award Presentation at ADFEST 2014 was held at PEACH on Saturday, 8th March 2014.

“There were some very good pieces in both the Film and Radio categories this year. I'd say that the best pieces weren't just the best I've seen in Asia, but also in the world. However, I think the region could do with a little bit more consistency. While there were really good pieces in both categories, on the other end of the spectrum we saw some very poor pieces. Hopefully, the overall quality of the entries will improve over the next few years,” says Myhren.

“The work needs to be fresh from all aspects. It needs to have a fresh idea, a fresh script and a fresh technique. The cream that rose to the top in these categories managed to do all these successfully.”

There were 1 Grande, 2 Gold, 10 Silver and 22 Bronze Lotuses awarded in the Film category, as well as 9 Finalists. The Grande Film Lotus was awarded to Tohokushinsha Film Corporation for CupNoodle’s ‘Globalization’.

“This piece is a good example of when idea, insight and execution fuses well together. The spot was based on a brilliant idea, it leveraged on an amazing cultural insight, and it was perfectly executed,” says Myhren.

There were 2 Gold, 5 Silver and 4 Bronze Lotuses awarded in the Radio Lotus category, as well as 1 Finalist.

Myhren explained: “’Philosophy’ stood out for being so memorable. We heard it at least five times, yet we still laughed each time. As for McCann’s ‘Press’, the idea was simple yet impactful, despite being a short radio spot.”

There were also 5 Gold, 12 Silver and 21 Bronze Lotuses awarded in Outdoor, as well as 16 Finalists.

“For the Grande and Gold Lotus awards, it was pretty much unanimous all the way through on the Outdoor Jury. There was debate around the Bronze and Finalists, which means we all agreed on what is excellent, and what is merely good,” says Shahir Zag, Jury President of Outdoor Lotus, and Chief Creative Officer Y&R MENA Dubai.

“The Outdoor category has become more digital than digital. It is not only hijacking digital technology but inventing new technology. Leo Burnett’s ‘Small World Machine’s won Grande because it’s future-proofed, breathtakingly fresh and reminds us what it is to be human. It’s got everything,” says Zag.

There were 1 Grande, 6 Gold, 5 Silver and 8 Bronze winners in the inaugural Media Lotus category, as well as 12 Finalists.

“This was a really exciting category, the overall standard was very high and there was a huge amount of diversity of ideas and media solutions in there. It was very invigorating to see how the industry is using media in fresh and creative ways to grow brands and businesses and change behavior,” says Jury President Andy Wilson, who is Head of Strategy, Asia BBDO & Proximity Singapore.

“Ace Saatchi & Saatchi Manila’s campaign for Pampers Diapers, called ZZZ Radio (which won Gold) found a way to completely reinvent how radio is used. We saw newspapers taking its news off newspapers and onto plastic water bottles to make the news far more accessible to younger audiences. Screens are being reinvented with technology to become connecting devices that can physically connect people in different places.”

Wilson was also Jury President of the Effective Lotus category: “I don’t know why there weren’t more good entries in this category. Whilst ADFEST is undoubtedly a festival that celebrates creativity, I think it needs to encourage agencies to demonstrate the results and sustainable effectiveness of that creativity in more robust and rigorous ways.”

“The ideas that we did acknowledge were ideas that changed behavior, created new business models and revenue streams,” he says.

Regarding this year’s sole Effective Lotus, he says: “This campaign was very good in that it made insurance, which is an invisible product, highly visible with a powerful insight built around a product truth.”

“What excited me about this idea was it forced me to reconsider Honda as a performance brand. It’s actually my favorite idea of ADFEST 2014. To be able to recreate the most famous lap in Formula One history is incredibly emotional and it forces you to reconsider Honda’s credentials,” says Tor Myhren, Grand Jury President, and President and Worldwide Chief Creative Officer at Grey New York.

ADFEST’s INNOVA Lotus Award is given for outstanding innovation ideas for communication. The winner of the Grande INNOVA Lotus is Hakuhodo Inc. for Kirin Ichiban’s ‘The Photogenic Beer’.

“The Photogenic Beer is truly a new product, and product innovation absolutely does propel our industry forward. It is a perfectly simple idea where they take Kirin beer and add foam on top to seal in the coldness for 30 minutes, and it had huge impact in the market,” says Myhren.

“This was an almost unanimous decision for the Jury. At the heart of this campaign is an incredible cultural insight: that in the Philippines a lot of people go away to work and send money home. There are many beautiful stories in this campaign, and really genuine emotions that get to the heart of the product. It’s executed in a way that’s so real, and it immediately changes your perception of that bank and the humanity behind that bank,” says Myhren.

There were also six Lotus Root Lotuses awarded, and 30 Finalists.