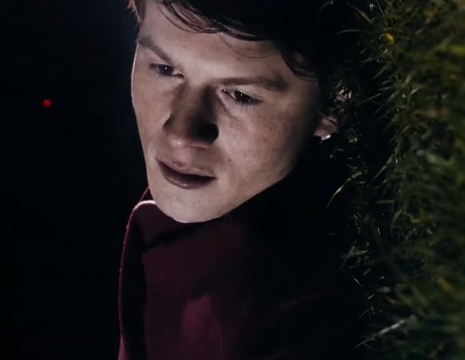 Cardiac Risk in the Young (CRY), the national charity which raises awareness about sudden cardiac deaths in young people resulting from undiagnosed heart conditions, has today launched their first ever advertising campaign during a Parliamentary reception at the House Of Commons.

Created by BBH London, the film follows a teenage boy on the rugby pitch in the moments leading up to his sudden collapse on the field in front of team-mates and supporters. Tragically, this mirrors the experience of many bereaved parents who approach CRY for support – and often, seeking answers – in the aftermath of their devastating loss.

The campaign aims to emphasise the importance of cardiac screening amongst young people and the need for unexplained symptoms to be explored appropriately and not dismissed. Every week in the UK, 12 apparently fit and healthy young people die suddenly from a previously undiagnosed heart condition. In around 80-90% of cases, there will have been no signs, symptoms or warnings – underlining the vital role of screening.

The film was made by David Lynch, an Assistant Producer at BBH London, who was awarded £10k to produce the film through BBH’s charitable grants scheme.

David Lynch commented: “This has been a particularly emotive and rewarding campaign to work on. Once we began production, it became clear that so many of the people who helped us had also been affected – or knew someone who had been affected – in some way.

We know the ad is very high impact but we felt we had a responsibility to make it as “realistic” as possible to ensure CRY’s messages were delivered powerfully and effectively. Sudden cardiac deaths happen so fast and come from nowhere. This film is less of a ‘tug at your heartstrings’ and more of a ‘smack in the face’, which works given the nature of the undiagnosed illness.”

Grand Central’s Steve Lane created the sound design for the film: "When David approached me to work on the project with him, I was really excited by the concept and could feel it was going to be a very powerful piece of work.  As David says, sound is the 'backbone' of this film and I wanted to make sure I got the mix just right. When working on a piece that raises real life issues - in this case sudden cardiac death in the young -  it's important to be as true to life as possible, but in a way that is powerful."

Steve continued: "The sound challenge for me was creating a heartbeat that was both loud and realistic - something that's not that easy.  There are a number of big climaxes to the spot and it was important for the sound to work with the visuals to create tension at each of them.  I wanted to give the audience the feeling of being right in the middle of the action, so when they reach the ending it feels both realistic and shocking.

I'm very proud to have been involved in bringing this very important issue to the wider audience. Advertising isn’t usually about saving lives, this message is."