Agency accepts Gold trophy for Small Agency of the Year 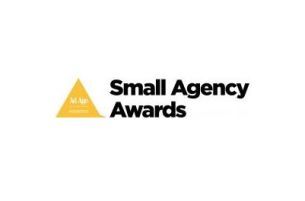 Humanaut, a three year old Chattanooga-based advertising agency received a number of advertising industry honours over the past week.  On Thursday, July 20, at Advertising Age’s the 7th annual Small Agency Awards in Miami Beach, they accepted a Gold trophy for Small Agency of the Year (Agency Less Than Ten Employees).  The agency also won Integrated Campaign of the Year at the competition for Organic Valley’s 'Save the Bros.'

On Monday, July 25, Adweek released their Creative 100 issue including Humanaut Founder/Chief Creative Officer David Littlejohn.  The Creative 100 is an annual list of US- based marketers with “some serious creative chops—from wonderfully unique, clever, business-changing ideas to remarkable executional ability…and whose work is the envy of the agency business,” according to Adweek.

“As a three year old agency based in Chattanooga, I’m humbled and grateful to have Humanaut recognised among some of the most creative and well-established large agencies from around the country,” said Littlejohn.

'Save the Bros' was a viral hit in 2015 with a campaign that promoted Organic Valley’s Organic Fuel protein recovery shake, which is now #1 in the category. The effort helped the co-op become the first billion-dollar organic food company.  The campaign won an Effie for marketing effectiveness in June.