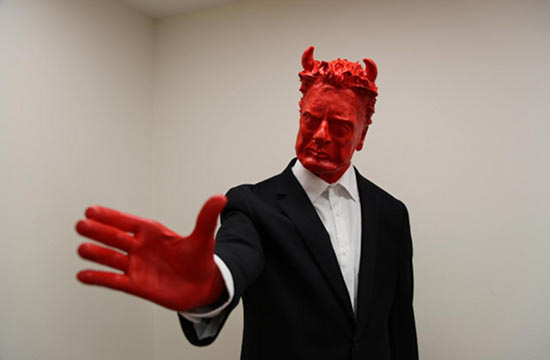 Charles Saatchi has always been a proponent of controversial British art, but there is one particularly provocative artwork on the market that that he definitely won’t want in his collection.

A young British artist (who prefers to remain anonymous) has created a life-size model of Saatchi with a hand outstretched ready to choke anyone who cares to interact with the piece. The work is entitled ‘Playful Tiff’ - the words Charles Saatchi used to describe the infamous incident where he put his hand around his wife Nigella Lawson’s neck at Scott’s restaurant in London. Viewers of ‘Playful Tiff’ are invited to place their neck in Saatchi’s hand and capture the moment by taking a photo on their mobile phones. 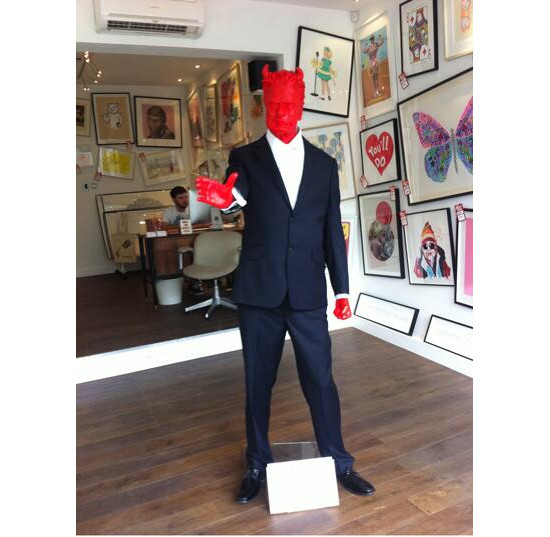 In line with the devilish persona that Saatchi has adopted to promote his book ‘Be The Worst You Can Be’, the model is bright red and replete with horns.

The artwork is currently on display at the Jealous Gallery In Crouch End in London.