CHAOS and Mental Disorders: An Immersive Installation Appears in Paris

Trends and Insight 948 Add to collection 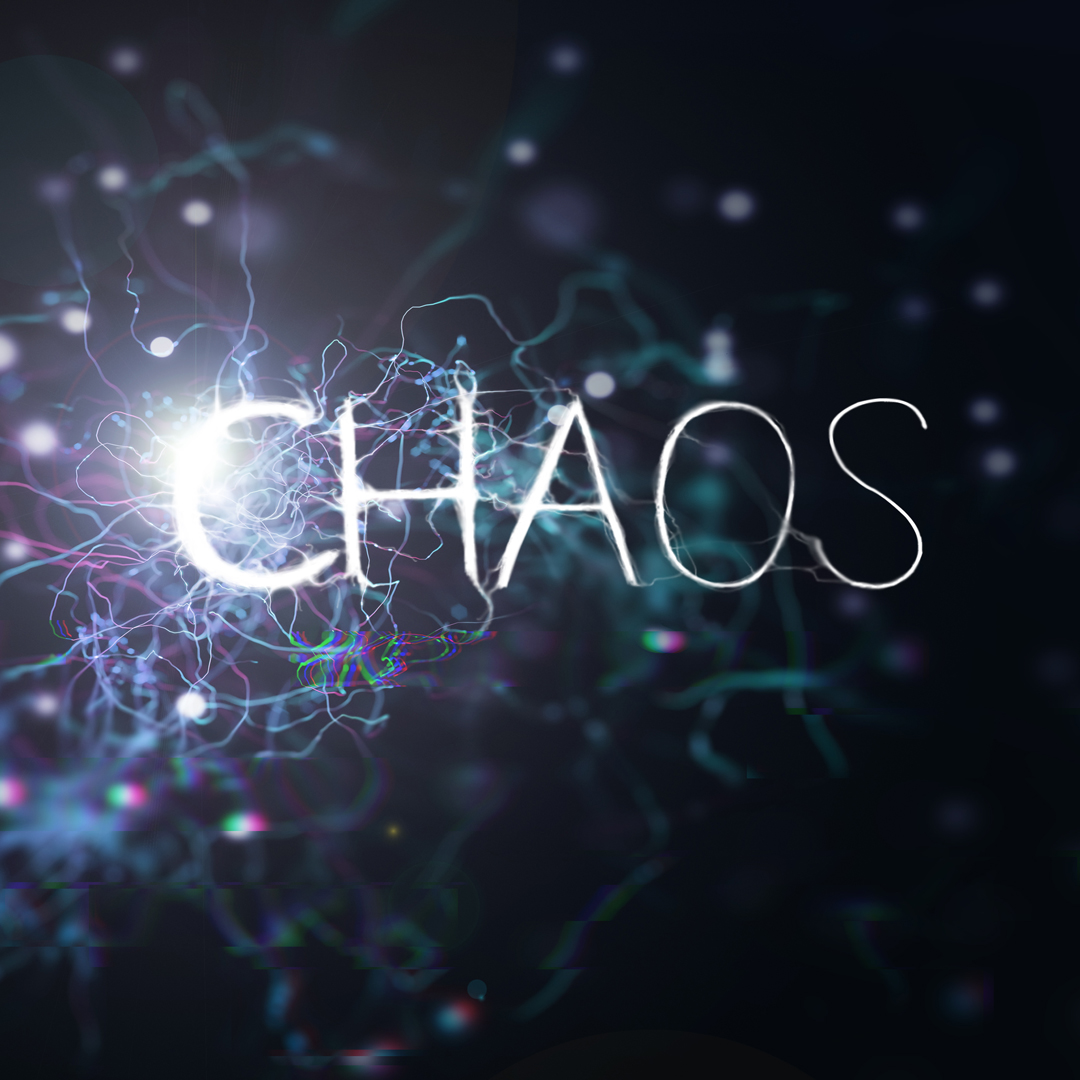 From Oct 3rd to Oct 6th, the city of Paris will welcome CHAOS, an immersive experience into the heart of mental issues. The project, ideated and developed by E&H LAB, a French creative agency specialised in corporate social responsibility, sees international creative music agency MassiveMusic behind the music composition, production and supervision.

By putting a spotlight on mental health issues such as phobias and bipolarism, CHAOS aspires to drive social change through art, showing how people with mental illness deal with it on a daily basis.

Visitors will be invited to enter the brain-shaped dome, located at Saint-Lazare railway station, to experience the troubled world of people with mental illness, with changes between darkness, electricity and light, but also acceleration, deceleration, erratic rhythms and serenity.

The synergy between music and visuals, unavoidable complementary elements of the CHAOS experience, confirms the immersive nature of the installation, highlighting the different states of emotions – from calmness and apathy to turmoil and alertness.

The three-minute track created by MassiveMusic starts with a soft, atmospheric tone that transitions into a more electronic piece, with vintage synths and unexpected turns making their appearance along the way.

MassiveMusic sat down with Florent Turpin, their head of creative development France, and Deza Nguembock, founder & CEO at E&H LAB, to find out how the synergy between music and visuals can help us better understand mental disorders.

Q> What inspired you to pursue project CHAOS? It’s amazing to see how dedicated you are to the cause.

Deza> People are my biggest inspiration. I was talking to one of my clients about mental disorders and it was so eye-opening. I happened to meet and spend time with some people affected by mental health issues and that’s when it clicked: I understood what they face on a daily basis. That’s how I knew I had to do something about it.

Q> What would you say it’s the most important message behind CHAOS?

Deza> There are two messages I’d like to convey. The first is that life is so uncertain. We should not take for granted what we have. It’s your neighbour or colleague facing a mental health issue today. It might be yourself, your kid, your mother or father tomorrow. Human solidarity is always the answer – and I so passionately believe in it. The second remark is that mental health issues are already heavy to carry. There is no need to add a judgemental look on the people affected by them.

Q> And how did you come up with the idea of having an installation to explain it?

Deza> While installation invites to curiosity and discovery, immersion invites to action. It’s not really intended to explain something clear – explaining mental illness is complicated even for experts in the field. I wanted to create an intimate and mysterious brain-shaped space where participants’ sensitivity could be increased. With #XperienceCHAOS, I’d like them to be more open-minded and even give the possibility to meet and interact with different people, including those with mental disorders.

Q> The marriage between music and visuals is what makes this project a remarkable one. Before meeting MassiveMusic, how did you intend to approach the musical aspect? And how has that changed?

Deza> All the projects I’ve worked on so far had an original musical identity that satisfied me. But we tend to think that our next work should always be better than our previous one, which puts quite some pressure on our shoulders. So, when I decided to use installation and projections for CHAOS, I immediately knew that, in order to have a successful campaign, the music had to be more than unique. With my team, we prepared a precise brief for what we had in mind and we crossed our fingers, hoping to find someone capable of creating it. The meeting with Florent was serendipitous. He introduced me to the work and world of MassiveMusic and the whole team worked their magic. I’m so glad and grateful for this collaboration.

Florent> In French we say: “Le hasard fait bien les choses”. You can translate it as: “Randomness can lead to nice things”. We immediately clicked – both on a human and a creative level. I got in touch with E&H LAB exactly when they were wondering about the musical aspect of the campaign. 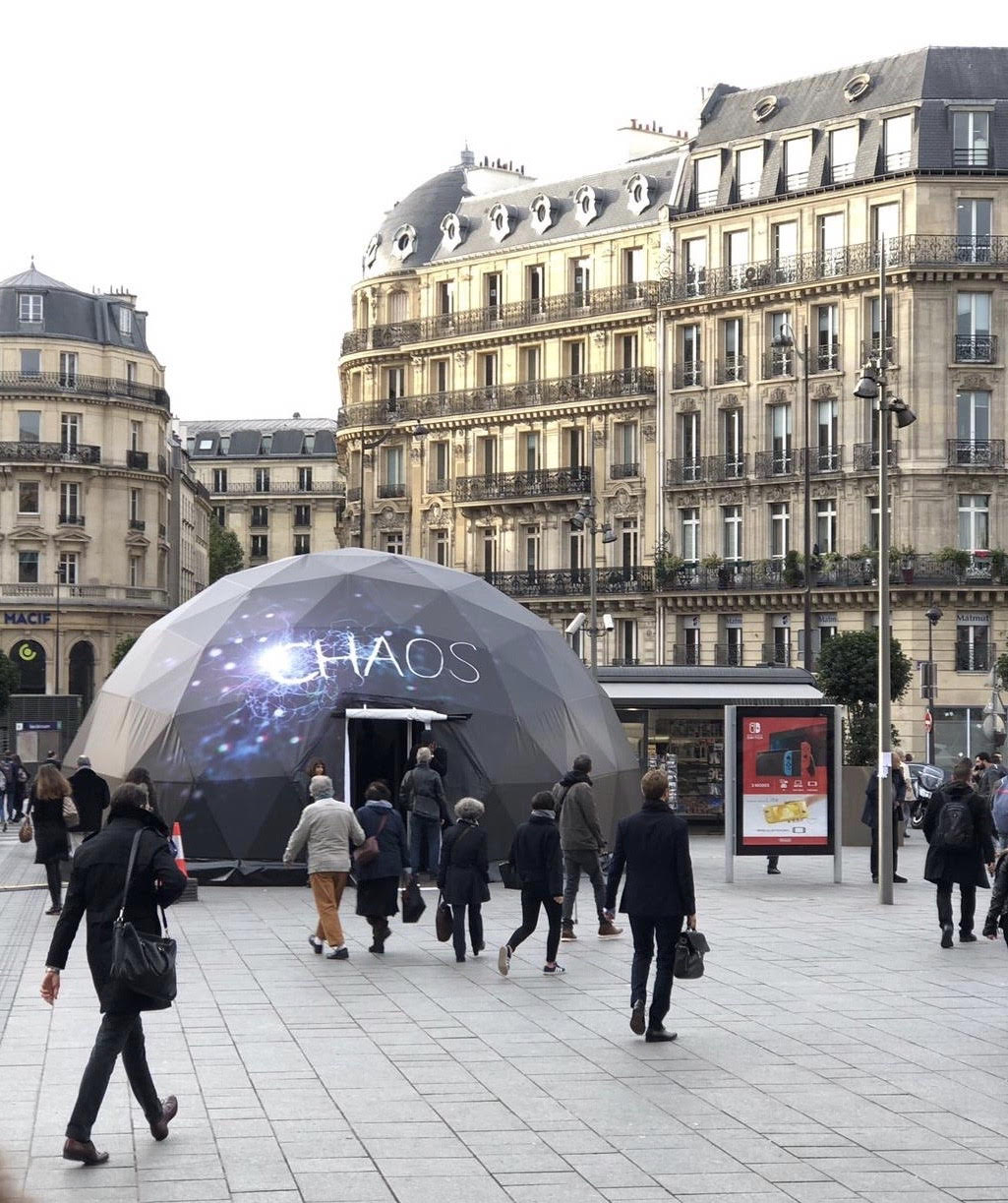 Q> How did MassiveMusic decide to approach CHAOS from a musical perspective?

Florent> The idea was to create something that could appeal to a large audience and encourage people to think differently about how our society addresses people with mental disorders. And indeed, E&H LAB already had a clear idea in mind. They thought of the musical direction, the style and the mood so we helped them develop the creative route for the music composition even more. We extended the musical direction with an audio mood board and narrowed it down again to make sure everyone was on the exact same wavelength. Thing is, they needed more than a music composition for CHAOS – they actually needed an overall music identity that could go along with the visual identity, something they could implement in all requested touchpoints. MassiveMusic took that into account and created a full-length track from which we extrapolated sound bites and a sonic logo, to take it to a higher level and bring consistency throughout the campaign.

Music is often only considered at the end of the creative process. I’d always suggest making sure that music or musical elements are part of the initial brief – whether it’s through an audio mood board or an individual reference track that could inspire a new bespoke track. Each creative has a very subjective approach and opinion on music genres or artists, so it’s all about staying open to receive external feedback whilst sharing and articulating your ‘why’.

Q> What was the biggest challenge?

Florent> To educate ourselves on mental disorders to be able to translate them into sound.

The VR films that are also part of the CHAOS experience really helped us have a better understanding. They really put you in the shoes of people with mental health issues and social interaction disorders. But, most importantly, speaking with people from The Club House, who have to deal with mental issues on a daily basis, gave us more insights about feelings as well as the relationship they have with music and sounds.

Therefore, we tried to reflect on the different states we experienced. Low progression, explosion, distorted perceptions, pauses, mood changes, silence: you can all hear them in the music.

We had to make sure it didn’t sound too discomforting to people who never got introduced to them before. It needed to sound welcoming and engaging to listen to. We wanted to create something that could shorten the distance between people.

Q> What makes this project unique?

Florent> The human aspect of it. There are numerous partners working on the project – which is amazing as it makes us feel as if we're part of a new, big family. Each person involved is so special and dedicated to the cause.

The marriage between the music and visuals is also quite unique, thanks to the installation itself. The brain shape and the limited space – it can allocate up to 50 people at the same time, is what makes it so immersive. It’s amazing to think it will kick off in Paris before moving to other French cities and, who knows, hopefully abroad too.

Q> How can people use music to tackle mental health?

Florent> Music can be used in so many different situations, in your best and saddest moments and everything in between. Additionally, it is scientifically proven that music can have a great impact on our emotions and on our body too. I mean, if you think about it, most of our bodies are made of water. Have you ever tried to pair music vibrations and water? The result is called ‘cymatics’ and it’s amazing – this is exactly what happens in our body and our brain when we experience musical vibrations. Also, considering that each human body can respond in a different way to specific frequencies.. this is where it gets interesting! I would encourage everyone to find out what frequencies can help them feel better.

Q> How dangerous is the stigma around mental health? Do you see a difference between discrimination against mental disability and physical disability?

Deza> Be that for mental health, physical disability, black people and so on: stigmas have a negative impact on personal development, except for people who are strong enough to not really pay attention to that. I feel as if stigmas around mental health are more cruel and absurd at the same time, and it’s mostly because of ignorance. I’m 100% sure that by educating people to interact with each other, we’d improve our perception of the issue.

Q> How would you teach the younger generations to be more understanding?

Deza> I think they’re already more understanding than the older generations. I’d say: let’s keep on building bridges, encouraging different people to get to know each other, interacting with and talking to one another. It’s the only way to develop tolerance and turn fear of the unknown into acceptance.