Channel 4 Sweeps the Board at PromaxBDA UK Conference Awards 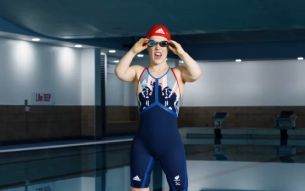 Channel 4 and its in-house creative agency, 4creative, won a total of 25 awards – 14 golds, including Creative Channel of the Year; six silvers; and four bronzes.

Dan said: “This is a tribute to the hard work and amazing creative skills of Chris, John and James and their teams, who keep delivering Class A campaigns for Channel 4, week in, week out. The Paralympics campaign did that rare thing of delivering ratings and changing the world in the process and enormous credit must also go to the director, Dougal Wilson, for that success.”

Channel 4’s 4creative agency also won golds for best drama promo for Hollyoaks: One Killer Week; best reality promo for The Jump; and best news and current affairs promo for Dispatches: Are You Owed a Payrise?

The Paralympics trailer also won an elusive Grand Prix award at the Ciclope Festival in Berlin – the festival is an international event dedicated to the craft of the moving image.