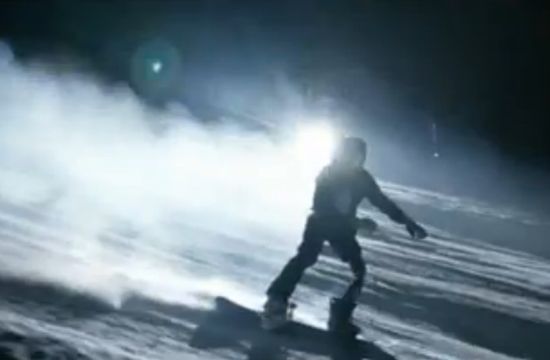 UK TV station Channel 4 blazed a trail in 2012 with their ‘Meet the Superhumans’ campaign which turned the Paralympics into a cooler, edgier event than the main games. And this year they’ve done it again as they revealed their trailer for the Sochi Winter Paralympics.

With the strapline ‘S**t Hot in -10C’, the trailer from Channel 4’s in-house creative team 4Creative, sees athletes scorch through the ice and snow. Like ‘Meet the Superhumans’ the spot is action packed and edgy, though this time round the team has decided to make sheer sporting prowess the main focus rather than focus on competitors disabilities. It’s an approach no doubt informed by the growing appreciation of Paralympic sports – and change which Channel 4’s irreverent and unsentimental coverage of the London 2012 Paralympics played no small part in.

Channel 4 has been playing to it's 'Born Risky' branding throughout the Winter Olympics, turning its logo into a rainbow flag and creating the spectacularly silly 'Gay Mountain' spot in protest to Russia's track record on LGBT righty.

The trailer premiered on Sunday night on Channel 4, following the Olympics closing ceremony.