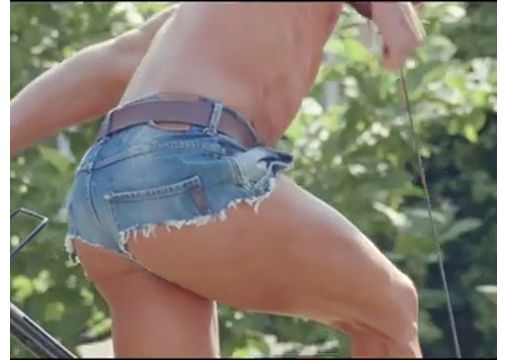 The Shorts are designed to be watched anywhere, on the move on mobiles and tablets via 3G, 4G or wifi – perfect for when people want to fill those spare five minutes with quality bite-sized shows. They feature top Channel 4 names including: Jamie Oliver and Food Tube celebrities, Guy Martin, Made in Chelsea’s Binky Felstead and Mark-Francis Vandelli amongst others – as well as many more new faces to 4.

Directed and produced by 4Creative, Channel 4’s multi-award winning creative agency, the on-air marketing campaign launches an epic celebration of short shorts in all their unforgiving glory on Saturday 2nd August across all Channel 4 channels.

Set to the retro hit ‘Short Shorts’ by The Royal Teens and shot in 16mm, SuperVHS with stills shot on an old Olympus using 35mm film for authenticity, the trail creative captures moments and glances of eclectic folk wearing short shorts – rightly or wrongly. Their contagious confidence will take viewers on a nostalgic trip back to hot British summers past and have them digging out their short shorts!

Channel 4’s original Shorts collection, badged with their length (e.g. 4 or 5 mins), features a diverse range of innovative shows for viewers to snack on wherever they are – Shorts on films, games, comedy and satire, popular science and futurology, lifestyle and food shows, current affairs – and engaging education shows for teens.