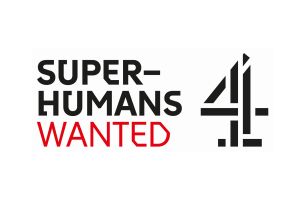 The eight shortlisted brands are: Amazon; Barclays and BBH London; Dove and Ogilvy; H&M and adam&eveDDB; Lloyds Bank and adam&eveDDB: Lynx and TMW Unlimited; Malteasers and AMV BBDO; and Purdey’s and iris Worldwide.

Launched as part of Channel 4’s Year of Disability, the £1million Superhumans Wanted prize will be awarded to the brand or agency with the strongest campaign idea – and their ad given an exclusive launch spot in the 2016 Rio Paralympics Games Opening Ceremony on Wednesday 7th September.

The competition, launched at Advertising Week Europe in April, extends the broadcaster’s far-reaching commitments to improving diversity on-and-off-screen beyond just its editorial content and into Channel 4’s important commercial airtime.

Jonathan Allan, Sales Director at Channel 4, said: “We launched Superhumans Wanted to encourage UK advertisers and agencies to think differently about how they represent disability in their TV ad campaigns as we enter into the Rio Paralympics – and the response from the industry has been completely overwhelming. It was a tough shortlisting process but we believe we have the best of many unique campaign ideas in our final eight – and a real challenge awaits our expert judging panel to pick just one winner. Most importantly we hope that this initiative will inspire better disability representation in advertising and improve diversity in our commercial airtime.”

The winning campaign will be announced on Thursday 9th June 2016.