CGI Blasts from the Past 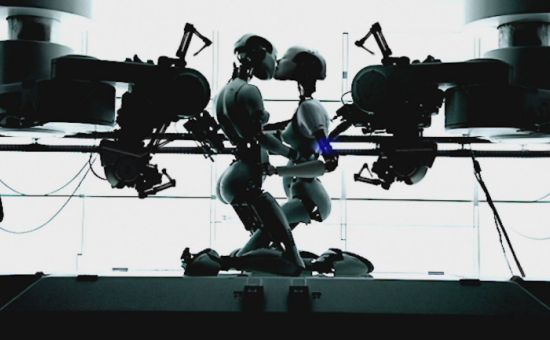 With technology pushing the limits of what’s possible at a dizzying rate, with CG we can be a little too obsessive about what comes next and a little too dismissive of older efforts which can rapidly start showing their age. But there’s also so much to learn from looking back and appreciating the work that really pushed boundaries five, ten or even twenty years ago.

All is Full of Love
2018 marks the 20th anniversary of director Chris Cunningham’s peerless Bjork promo All is Full of Love. In the late 90s, this music video was a breath-taking and mind-bending glimpse in the future. Glassworks, the post and VFX company that brought it to life still, rightly, sees the video as a proud moment in its history. “[It’s]Consistently voted the best music video of all time. The Glassworks VFX team worked  closely with director Chris Cunningham to create seamless CGI that was years ahead of its  time,” says the team.

Audi Birth
Fast forward and VFX teams can create machines that truly trick the eye. Perhaps one of the most impressive recent examples is Audi Birth, a spot that’s just approaching its third birthday. The spot was created by agency BBH London, The Mill and Mill+.

Even in the early and mid noughties, crowds were a huge headache for CG artists. But these clever spots marked real turning points in crowd simulations, allowing creatives to make their spots feel bigger and more alive than ever.
PlayStation The Mountain
“PlayStation Mountain still stands out as an extraordinary spot. Frank Budgen at the height of his powers. We used a crowd simulation package called ‘Massive’ that, up until that point, had only been used on the first ‘Lord of the Rings’ movie. In commercials, you are dealing with different demands, timescales and lead times for R&D, so you have to have utter faith, confidence and ability in your talent. This not only changed the game for how crowds could be approached but opened the doors to really ambitious scripts and great creative, including ground-breaking sports advertising such as Nike ‘Write the Future’,” says Sean Costelloe, Managing Director at the Mill.
From Gladiator to the Football Pitch
This Pepsi ad starred the pop princesses of the day (Beyonce, Britney and Pink) and relied on crowd replication rather than creating a completely CG artificially intelligent crowd. Technology has leapt forward in the intervening years, as Aleks Ugarow compares Gladiator with a more recent effort, EA’s The Chant.

“Back in 2004, when this iconic Pepsi ad was made, if you wanted to fill a stadium with a crowd, hiring many thousands of extras wasn’t really an option. The way it was done back then was to cast a bunch of extras and ask them to bring a few changes of clothes with them. You’d then film the stadium plate as a set of tiles, moving your crowd around one section and one costume change at a time. Even though the results were great, it was a time consuming and expensive process not to mention the time taken in post-production painstakingly rotoscoping and stitching all the takes together. Fast forward 15 years and you now have the most advanced custom-built crowd simulation tools available to fill even the biggest stadium with genuinely excited photoreal CGI fans. This has truly revolutionised the production process.  Cost effective, bigger and better crowds means creativity can be pushed to even higher levels.”

Think high end CG, think fluffy animals. Or slimy animals. Or feathered animals. Creature creations are amongst the most impressive and magical feats created by VFX studios.
From Peta to Maya
The Mill has been developing real primate power. And it’s edifying to compare its 2013 Peta spot 98% Human with SSE Maya, which popped up just a few years laters to witness how rapidly things have evolved.
“Advertising has had a long standing love affair with using creatures and animals to sell products. Thankfully, we have moved beyond the days of using real chimpanzees to sell tea. We were approached by BBDO in NY to create an awareness film for PETA to highlight the issue of primates in advertising. It featured a fully photo-real chimpanzee throughout. In truth, we weren’t at the time famous for our creature work, but we knew we had the talent. ‘Rise of the Planet of the Apes’ had just come out to an enormous and well-deserved fanfare, so the bar was raised. Thankfully it turned out well (Cannes Gold, three times VES winner and the best compliment of all, it made Sir David Attenborough cry),” says Sean at The Mill.
“PETA led to the opportunity of working with adam&eveDDB & Frederic Planchon in creating the fully CG, photo-real orangutan ‘Maya’, for SSE. Without the VFX, it simply would not have been possible to tell the story. Maya looked so realistic that viewers complained about forcing an endangered species to perform on camera! We’ve been lucky enough to have worked on three campaigns for SSE, across multiple platforms, winning over 40 awards in the process and setting the standard for photorealistic creature work.”
Samsung Ostriches
A more recent example of animal magic, MPC’s work on this uplifting (pun intended) spot for the Samsung Gear VR headset is not just startlingly photorealistic, but it imbues its cast of ostriches with real emotion. It’s so convincing that we’ve even heard industry outsiders comment how unfair and cruel it would be to make an ostrich use VR. Quite. That’s why MPC got involved!

“The ad raised the bar for photoreal characters and creatures, which surpassed anything previously created. A truly brilliant film on every level,” says Graham Bird, CCO at MPC.
Evolution – or should that be noitulove?
Framestore is remowned for its work on Guiness, which pushes both creative and technical boundaries. While the obvious spot to look at might be 1999’s Guinness Surfer. It’s a masterful and dramatic example of compositing. But for CG, don’t forget the spots that came later. Guiness ‘Dreamers’ saw the 3D animation team dream up a cast of CG squirrels, injecting them with personality. In 2001. 2001.
And just a few years later in 2005, is bursting with pretty much every VFX technique you can think of. “The extraordinary collage of live action, stock footage, custom CGI creatures and digital stills allowed our VFX artists to use every weapon in their arsenal in order to condense the history of mankind into a televisual ad spot. 'noitulovE' went on to win the prestigious Grand Prix at Cannes Lions.”
Furry Tricky Problems
One of the biggest challenges with creating animals in CG comes from the textures like fur and feathers. Aero ‘Mouse’, from Glassworks was a 2001 project that forced the company to create its own tools inhouse.

“Whilst there was CGI fur creatures in feature films, the lack of off the shelf fur tools meant  hat there were no or very few CG furry creatures in commercials. At Glassworks we pioneered and developed our own in house fur tools which we used to great effect on the Aero Mouse ad,” says Alastair Hearsum, Creative Director of 3D Glassworks London. “Generic fur/hair is much easier these days as all packages have dynamic fur simulation  tools. As in many other areas, though, expectations continue to rise and so the challenges are still there in areas such as wet fur, clumping etc. As in all areas of simulation you wait a  long time, adjust some parameters and wait some more and repeat until it looks right.  There is always the danger that the physics behind the simulation will blow up in your face and you have to deal with some crazy looking outcomes. We all have some outtakes of bad hair days from our renders.”

Fast forward 20 years from that pioneering Aero “Mouse’ ad and the creative possibilities for fur simulation seem endless. This award winning 2016 campaign for Klarna was created using 100% CGi. The challenges of creating CGI fur that moves realistically through CGI water in a CGI photoreal swimming pool were pretty exciting for the team of 3D artists at Glassworks.

2006’s Sony Bravia ad Paint, directed by Jonathan Glazer proved to be a turning point for MPC when it came to creating realistic fluids. Realism was key as the CG paint splatters had to enhance the live action explosions without taking away from the realism. “"At the time, the quality of the photo-real 3D fluid simulation was truly groundbreaking. Sony Bravia ‘Paint’ was the first commercial to seamlessly use CG fluid simulation on such an epic scale,” says MPC’s Graham Bird.

From Citroen to Chemical Brothers
Motion capture – the practice of recording and tracking an actor’s performance and using that to map a CG character is a mainstay of computer animation. To get a feel for how the technology has moved on, compare the mid-noughties Citroen spot Ice Skater to the eerie 2016 Chemical Brothers video Wide Open, both from The Mill.

In 1997, Steve McQueen was brought back from the grave to star in this classic Ford Puma spot. Largely relying on clever editing and the use of mattes to map footage of the star’s face onto a body double. The spot as directed by Paul Street of Streetlight Films and came from Y&R. The post and VFX on this ad was done by the recently-closed Rushes.
16 years later, this 2013 spot pioneered techniques that we’ve since seen in the movies. By tracking a carefully cast actress and mapping a CG recreation of Audrey Hepburn’s face on top, the Framestore team did the unthinkable and created a global stir. Since then similar techniques have been used in the likes of Star Wars Rogue One. Check the making-of here.
view more - Creative