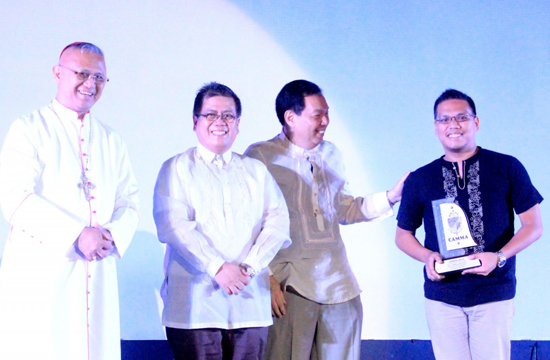 The agency won top honors for the following categories:

In what is now its second grand slam year in the CAMMA. The CAMMA is a biennial award show that was launched in 1992 and which recognizes and awards outstanding individual and institutional media works that promote universal human values and preserve the positive in Filipino culture and tradition. This year’s CAMMA was themed “Social Networks Portals of Truth and Faith: New Spaces for Evangelization” and the media categories included Print Media in English and Cebuano, Radio Station, Television Station, and Website. To view C&G Cebu’s winning works, visit their Facebook page: www.facebook.com/CandGCebuDavao

The only multinational advertising agency outside of Metro Manila, C&G Cebu owes its recent sweeping success and having won the same four CAMMA awards in 2011 to its expertise in communication tools and practices in on-ground work for local consumers and access to the global network of Grey and WPP agencies and affiliates.

As a branch of Campaigns & Grey, C&G Cebu’s use of global standards and local insight in meeting the unique qualifications of the VisMin market has made it one of the most recognized advertising agencies in the region and in the CAMMA.

Founded in 1986, Campaigns & Grey is a Manila-based full-service communications agency with capabilities that include strategic planning, advertising, digital marketing, activation, public relations and advocacy communications. It successfully gained a foothold in markets outside of Metro Manila, beginning with the launch of Campaigns & Grey Cebu in 1994.