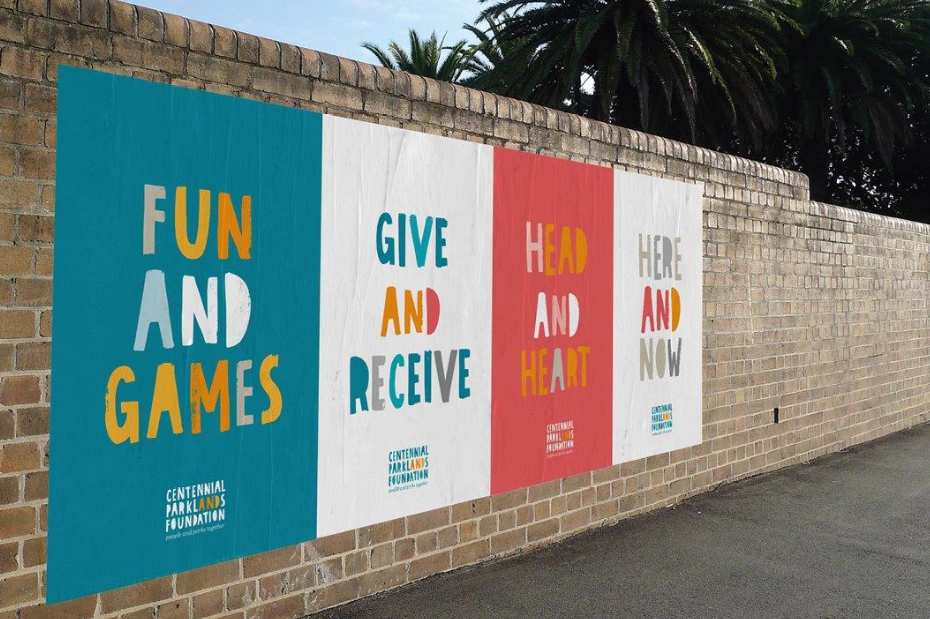 Strategic design agency Designworks, part of STW, has created a bold and lively new identity for Centennial Parklands Foundation, in a move aimed at raising awareness of the outstanding charitable organisation.

Unveiled this week, the identity is centred on the concept of ‘Inspiring Connections’, and also comprises a new tagline and online presence to support the Foundation’s evolution and growth.

It is the first project Designworks has undertaken for Centennial Parklands Foundation since being appointed last year to develop an enhanced image and brand that encapsulates the spirit of the Foundation – a not for profit organisation tasked with enhancing the three magnificent parks of Centennial Parklands.

Centennial Parklands Foundation officer Rachel Fowler said the organisation had undertaken the change to create “an identity that is relevant across our diverse stakeholders to communicate our commitment to the community and the Parklands, but also reinforces our credibility and professionalism”.

To achieve this outcome, Designworks undertook research and immersion with the Foundation’s stakeholders, and identified that the Foundation plays an active and important role in creating connections.

“Creatively, this idea has been communicated by focusing on the AND within the word PARKLANDS.  What more universally recognised, simple and direct way of expressing connection is there than the word AND?” she said.

The result is an overarching strategy, messaging matrix, brand identity culminating in a unique combination of brand identity that forms the basis of a campaign message.

“Through clever typography, the identity we created reveals the role of the Foundation in a playful yet bold way,” said Wydrowski.

“We’ve been fortunate to work with such ambitious clients who were clear about their objectives from the outset. We feel the new identity signals their move into their next exciting phase and firmly cements their role in inspiring connections between people and the Parklands,” said Debbie Spence, strategy director, Designworks.

The new identity was officially launched at the Centennial Parklands Foundation Wild Play Cocktail Party held at The Residences in Centennial Park on Friday 6th March 2015, and will be rolled out by the Foundation across a range of platforms over the next few months.