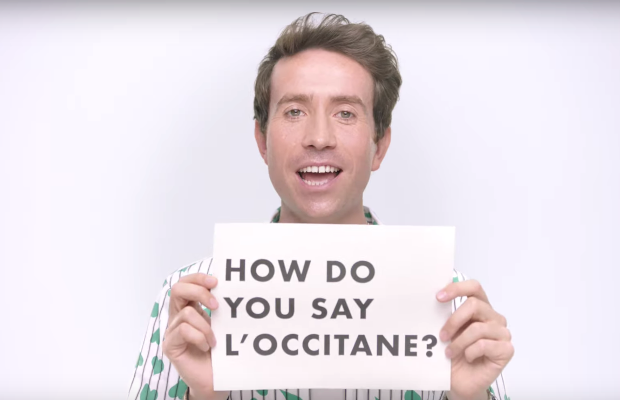 The new L’OCCITANE campaign from RSA Films director Nova Dando features English television and radio presenter Nick Grimshaw and French chef Manon Lagreve in a comic take on the brand’s (mis)pronunciation.
After an in-depth survey, L’OCCITANE found that brand awareness was at 54% with a large proportion of this put down to the pronunciation not being synonymous with the identity of their UK stores.
The campaign, which marks the first time L’OCCITANE has made a UK film, feels tailor made for a UK audience, as the cast reel off the many different ways people mispronounce the skincare brand.
"I’ve been saying this wrong my entire life. Why didn’t we do this sooner?” Said Nick Grimshaw. Of the shoot Nova director Nova Dando said “We kept it relaxed on set and had a lot of fun with Nick, Manon and the rest of the cast, and I feel we captured that in the final film."
view more - Creative