From the M&S original ‘food-porn’ commercials to Nike’s award-winning ‘Write the Future’ spot, GCRS sound engineers reflect on some of their most memorable pieces of work over the last two-and-a-half decades 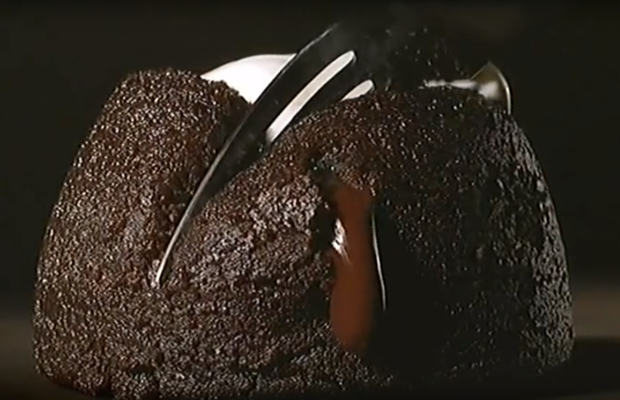 ‘‘When I think of a show stopping spot I think of 'Write the Future’. Created by Nike Football for the 2010 FIFA World Cup, this project has held its place as the most ground-breaking piece of work I’ve been a part of. It was a smart spot that combined football legends like Wayne Rooney and Cristiano Ronaldo with a supporting cast of other greats like Kobe Bryant and Roger Federer. Brought to life by Wieden + Kennedy Amsterdam, for an audio designer like myself the different worlds and cultures the piece explored made it all the more challenging and exciting. This piece was one of the first adverts to truly go ‘viral’ and went on to win over 100 international awards including the Cannes Film Grand Prix.’’

“A simple, brave and standout piece of work using one of the biggest musical icons of the 20th century - Elvis. Working with Director, Steve Cope I was lucky to be brought into the creative process right from the beginning. With no voice-over, simply Elvis’ voice, it was a brave concept from BBC and it relied on a strong execution. Finding Elvis’ voice was a challenge. We had some of his original dialogue but it wasn't clean so instead of compromising the integrity of the spot we cast an actor to re-record the whole script convincingly. The end result was powerful and we even managed a Stevie Wonder ad-lib at the end of the spot. This piece went on to become one of the most awarded BBC promos in history.”

“Alongside Framestore we delivered one of the first projects of its kind for Sky TV, an immersive experience architecting 3D sound and 4D elements to transport consumers into sporting and entertainment worlds. The wide creative scope and technical execution of the project allowed us to demonstrate the full range of our expert 3D sound design and technical integration skills. To inject the user into three worlds - a Games of Thrones set, on the field of the Premier League or on the track of the Formula 1, we created fully reactive audio that would respond to the  different moves that the user might make. Not without its challenges, this project saw us activate the many months of preparation and testing that we’ve put into honing our craft to create an audio experience that we could be proud of. This project was a key marker for GCVRS, it has and is continuing to open up possibilities for us in the immersive world."

“My most memorable piece of work and the one that stands out in my career was this short film for Childline. An emotive and important piece of content which resulted in my breakthrough into the world of Sound design and audio engineering. I wanted it to be as good as possible so asked Munzie for guidance as I worked through the project. I spent multiple evenings and weekends in the studio with Ben Liam Jones and Andy Hunter, the Directors. We experimented with different techniques to bring the sound to life - I recall taking a BMX bike down the undercroft and recording it being thrown against the floor, beating it up for maximum effect. The film went on to win multiple awards such as a Cannes Lion, two golds at the British Arrows and gold at the IVCA awards - looking back now it was the perfect job to go headfirst into the deep end on.”

“One of the most unique and experimental projects I’ve been a part of was to deliver the sound design for the world’s first purpose-built immersive VR roller coaster. Fun is the first word that comes to mind for this project - it’s not every day that you get to design sound for creatures the size of buildings and gods made of gold. While it allowed us to have fun and get our creative juices flowing there was a huge amount of technical work and problem solving that was done over many months. Perhaps one of my favourite components of the job was the foley recordings - to create the sounds of scuttling beetles we used marigold gloves and guitar finger picks scraping over bricks, with insect recordings layered on top.”

‘’This was one of the first high-profile projects I worked on where I spearheaded the sound design. The job was intricate and had a number of set pieces in the animation that allowed me to experiment with different sound design techniques - many of which were new to me at the time. When I listen back to the spot I still think it's a really solid piece of work that even to this day takes pride of place on my showreel, which says a lot I think. Irrespective of the film itself, the product was for a great cause too. It was the first consumer game where players could help to advance dementia research through gameplay which is something that otherwise would have taken years to gather the same data that was needed. The campaign was also highly awarded winning 9 Cannes Lions among a host of other awards.’’

‘"The work we carried out with our partners, Framestore and Thinkwell for LEW stands as the most challenging yet rewarding project I’ve been a part of.  We created an expert immersive 3D sound design for the Hunger Games themed ride - a 3D motion simulator which was one of four rides we worked on. We undertook the task of bringing to life a whole new world through the creation of a new soundscape that was created entirely from scratch. After all, this wasn’t the world as we know it, so we had to get creative, testing and trying out hundreds of sounds and manipulating them to curate authentic sounds that would perfectly match the experience of a ‘kind of’ hovercraft. To be a part of a project of such scale which leverages some of the newest technologies in our field makes this a career knockout.’’

“It was 18-months into my role as a sound engineer, eight years after starting at GCRS, when I took on my first M&S brief to deliver the sound for the iconic 2005 spots, the original ‘food porn’ ads. I couldn’t have known then, the longevity that these spots would experience. Working with Food Director, Charlie Stubbings and Creatives, Ted Heath and Paul Angus of RKCR/Y&R, they brought me into the process early on to conduct the VO testing. This was crucial to the audio seeing as the people behind the voice were to become pivotal to the spots. In 2005 it was actress, Dervla Kirwan and in 2011, it was Matthew McFayden who would deliver the classic lines. I also recall the pivotal feeling of using the track, ‘Albatross’ by Fleetwood Mac for the first spot which in itself felt important. Being a part of the team to execute these spots wasn’t just a milestone in my career but it also marked the beginnings of relationships with key industry figures whom I have a great respect for.’’

''It's difficult to choose just one project I've worked on over the course of twenty-years but Line of Duty certainly stands as a career highlight. This is a series that captured the minds of Brits and kept them guessing week after week and it's not hard to see why. Having the opportunity to work on the ADR for such a unique script and working with a talented team and cast for four seasons not only kept me on my toes but has been a real privilege too.’’
view more - Company Profiles