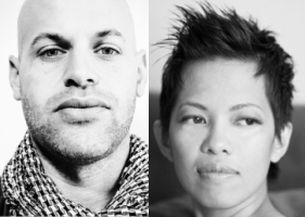 Atlanta’s Pogo Pictures has announced a series of moves that strengthens the company’s talent line up, broaden its palette of creative offerings, expand its business model and refresh its identity. The company has added the celebrated team of Benjamin Lowy and Marvi Lacar – who work under the moniker Lowy + Lacar – to its directorial roster and has launched a division that will create original programming for broadcast, cable, and streaming channels.

In addition, Pogo has unveiled a new website that displays its talent and capabilities and has introduced a new brand identity. These announcements were made jointly by Steve Colby, Founder and Managing Partner of Pogo, and Ruth Agee, Executive Producer.

Lowy + Lacar bring an unorthodox background to their work with agencies and brands. Working both as a team and individually, they hail from solid journalistic and documentary backgrounds, with Lowy a widely-recognized photographer whose work in war zones in the Middle East has earned him not only industry accolades and honours but a healthy social media following. His Instagram account was named one of the 100 Best accounts on the social media channel by Rolling Stone, he was recently profiled by CBS News and his images are considered among the most iconic of the 21st Century by Photo District News.

Lacar, an award winning photojournalist, made a name for herself documenting issues on gender equality, and directed a riveting documentary about the plight of women and young girls in Kenya. She has shot for domestic and international publications such as Time, Newsweek, New York Times and Paris Match among others.

Working in a documentary format, the two have already directed ad campaigns through Pogo. To view their work, click here.

Colby states, “Lowy + Lacar are sought-after photojournalists whose work has addressed some very serious issues. But they also have a vision, and they want to share their stories and their style of storytelling. These two are the real deal and that makes a difference in the unique way they approach and ‘see’ any job they are given.”

The campaign they worked on was for Humana, the healthcare provider. The spots, shot in multiple locations around the country, show real people whose lives have been touched by Humana’s services and care.

Like much of Lowy + Lacar’s background, the job came about via unorthodox circumstances: they’d been hired to shoot the print component, and when the agency learned they did film work, they wanted to award them that as well. Unsigned at the time, the agency producer suggested a number of production houses they could partner with to handle the job, and the pair interviewed EPs at each to see which seemed like the best fit. “When we spoke with Ruth, we just felt she was awesome,” says Lacar. “So we based our selection on the relationship we’d built with her.”

Colby and Agee feel the sum total of Lowy + Lacar’s experiences working around the world and in the most challenging of circumstances has given them a finely-tuned sensitivity to their collaborators. “I’ve seen how they interacted with everyone from clients to the creative teams to their interview subjects,” says Agee. “They’re down to earth talented, creative people who you’d enjoy spending time with, and that’s our philosophy here at Pogo.”

Adds Colby, “They have an innate ability to connect on a deeply human level, and Marvi has a gift for pulling emotion and honesty out of people. The energy they bring to projects has the potential to make great advertising that really breaks through.”

Lowy began his career covering the Iraq War in 2003 and since then has covered major stories worldwide. His work earned him the Infinity Award for Photojournalism from the International Center of Photography as well as numerous awards from World Press Photo. He was recently named a Sony “Artisan,” one of 20 photographers around America sponsored by the company to shoot subjects around the world using Sony gear. Both Lowy and Lacar’s work have been recognized by Communication Arts, Photo District News and American Photography, among others.

The directors see advertising as an opportunity to work on a broader palette and on bigger assignments. It also means they’ll be able to work more as a team, rather than chasing assignments in different parts of the world. Agee says that while both are skilled DPs and directors, Pogo will market them as a team specializing in the documentary genre.

“Advertising gives us the opportunity to explore new things with the camera, and in many respects that’s what our journalism work does, too,” says Lowy. “It’s about selling the story. In one case its news or analysis, in the other it’s about a brand. In both, it’s about using the beauty of images and information to move audiences and trigger some form of reaction.”

Colby sees an obvious crossover between Lowy + Lacar’s work and the launch of Pogo’s new entertainment division, led by Katy Powers, who joined earlier this year from National Geographic Channel. “I think they definitely have many things to offer in the area of reality-based programming,” he says, “and we’re already talking to them about several projects that would be right in their wheelhouse.”