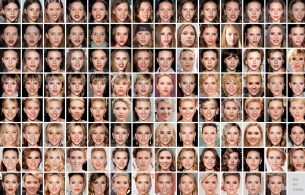 AlmapBBDO dove into Getty Images’ award-winning library of over 170 million images to curate this unique visual timeline portraying 20 years of change. The images are arranged chronologically, allowing the viewer to follow the transformation of each personality over the years. Each personality selected has a large number of images in the Getty Images library – for example, there are over 32,000 images of Clinton.

Andrew Saunders, Senior Vice President, Creative Content, Getty Images commented: “The world has experienced a phenomenal 20 years and Getty Images has been there to capture every moment that has defined the world over this period. For us, showcasing the development of well-known personalities allows us to see the changes they have been through, but also shows us how far we have come as a brand. We look forward to the response from the creative community at Cannes Lions!”

The campaign highlights Getty Images’ continued leadership in visual communications, its quality content and the sheer breadth and depth of its archive, as it celebrates its significant 20th anniversary milestone.