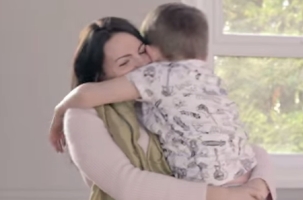 The hero film in the campaign tells the Mum of Year story through some of the people who have been helped and supported by the 81 winning mums over the past decade. The film asks five people what their lives would have been like without the help they've been given by Tesco Mum of the Year winners.

Alongside the three minute hero film, Cedar has produced a film for social media which tells the story of 10 people in 30 seconds. Mum of the Year will also be taking over the Tesco brand channel on YouTube for the next fortnight.

Cedar has worked with Tesco Mum of the Year since 2006 and developed the “Without You I…” concept and storyboard before running a pitch process that saw Red Bee Media appointed as production agency.

Debbie Chernin, Tesco Publishing Manager, said: "We are proud to have supported mums over the years who are invested in the work they do for charities and their communities. Cedar has helped us maintain relationships with lots of the past winners. Some of these remarkable women that gave us a compelling starting point for the film. We are proud of the film and the way the “Without You I…” campaign has further highlighted the amazing work our winners do."

Cedar CEO Clare Broadbent said: "Cedar's specialist team of video strategists and creatives were tasked with coming up with more than a piece of content to celebrate Tesco Mum of the Year’s 10th anniversary. We were asked to deliver a unique story people would want to share and which would raise awareness of the support Tesco gives to charities."