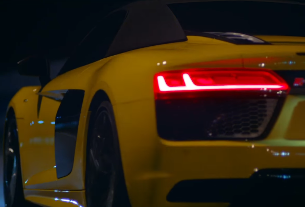 The campaign was created by BBH and ends with the tagline ‘‘Audi Sport. Born on the track, built for the road.’ The idea that the Audi Sport range is returning to its natural ‘home’ – and that’s reinforced by the acoustic version of the Simon and Garfunkel hit ‘Homeward Bound’. It’s a tribute to a the Audi dominance of the Le Mans race – between 1999 and 2016, Audi won 13 times and reached the podium 18 times.

For director CD Morrish, it was crucial to step outside of car ad stereotypes and create a film that was as much about the cars’ aesthetics as their power.  “We wanted to break the conventions of ads for powerful cars. These RS models are not just performance cars, they are pieces of beauty."