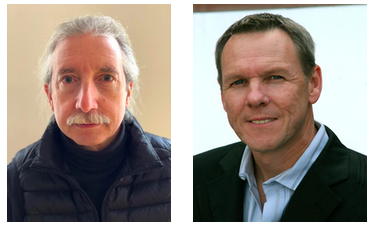 Campaign Brief will be the exclusive host of upcoming events for Australia's top creative directors in Sydney and Melbourne featuring Tony Gulisano (far left), global chief growth officer at The One Club for Creativity (TOCC).

TOCC is the world's foremost non-profit organization celebrating creative excellence in advertising and design and home to The One Show, ADC Annual Awards and a wide range of other awards, recognition and development programs.

Gulisano, who has decades of experience in the advertising awards and recognition industry, will visit Australia from the organization's headquarters in New York to meet with the local creative community, speak about The One Club's mission and plans for 2018 and explain the process and criteria for being selected to serve on the jury for The One Show.

As global chief growth officer, Gulisano is a driving force behind all TOCC global initiatives, working closely with the senior leadership team to create, implement and expand professional and educational development programs worldwide including Executive Creative Summits, Creative Leaders Retreats, Portfolio Night and others.  He also also plays a key role in recruiting top global creative talent to serve on juries for The One Show and ADC Annual Awards.

Says Kevin Swanepoel (above right), CEO, The One Club for Creativity: "Australia is a very important market for the ad industry overall, and The One Club in particular. We're very excited to work with Campaign Brief, as it gives Tony the opportunity to hear first-hand from creatives about how the industry is evolving in Sydney and Melbourne, and for him to explain how The One Club can work with everyone there to recognize and elevate the local creative community."

Says Gulisano: "I've known CB publisher Michael Lynch for many years, and am honored to work with his team to meet many of the country's creative leaders of today and tomorrow. Australia is home to some of the world's best work that is often recognized with One Show Pencils for creativity of ideas and quality of execution and ADC Cubes for excellence in craft, design and innovation. I look forward to lively and informative conversations."

The One Club produces a number of the industry's leading global awards shows and recognition programs, including The One Show, ADC Annual Awards, Creative Week, Young Guns honoring creatives age 30 and under, Young Ones student awards, One Screen Short Film Festival, Creative Hall of Fame and others.

In addition, TOCC gives back to the global ad community through nearly 20 programs throughout the year representing its four pillars: Education, Inclusion & Diversity, Professional Development and Gender Equality. These programs, held in a number of different countries throughout the year, include Creative Boot Camps for students, Portfolio Night reviews for young aspiring creatives, Creative Leaders Retreats for top creatives, Executive Creative Summits for agency founders/CEOs and more.
view more - Awards and Events