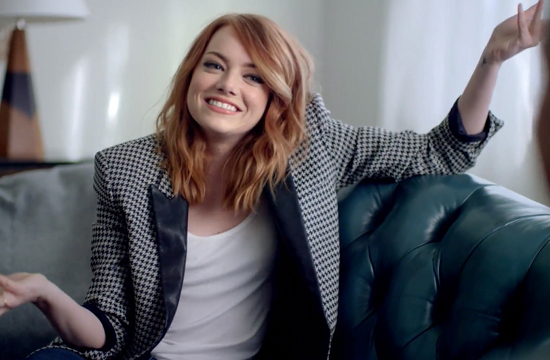 Fans of Vogue’s Original Shorts video series will get a look at Emma Stone’s quirky personality in the next installment of the series cut by Whitehouse Post Editor Josh Bodnar and directed by Caviar’s Ruben Fleischer (“Zombieland,” “Gangster Squad”).

“A Way In” features Stone as an enthusiastic actress with a bold new idea for the character she will be playing in an upcoming film. In a meeting with her director, Stone confidently makes a case for why her character, a farm girl entering a convent, should use the power of magic as a means of connecting with other characters in the film. The director is obviously a little less optimistic that this is the right direction, prompting Stone to demonstrate a series of magic tricks in order to convince him otherwise.

Between coffee cups magically disappearing and Stone herself vanishing as she “teleports” to her next meeting, the editorial process required plenty of attention to detail. With a talent for visualizing complex imagery, Bodnar was perfect for the task.

“We needed to make Emma’s magic tricks look as real as possible, so we spent a lot of time perfecting overlays and specific editing techniques,” Bodnar said. “Ruben did a great job of lining up all the right shots, so it was a relatively painless process and a fun challenge. And it was an honor to work with such an iconic brand as Vogue.”

Based in Los Angeles, Bodnar has been with Whitehouse Post since 2009. He won an Emmy for his editing work on the main title sequence for Dexter. In addition to the spots mentioned above, Bodnar has worked on dynamic editing projects for brands like Sprint, Nike, Verizon, HBO, and Microsoft. He recently edited the feature film “Standing Up,” directed by D.J. Caruso (“Disturbia”).