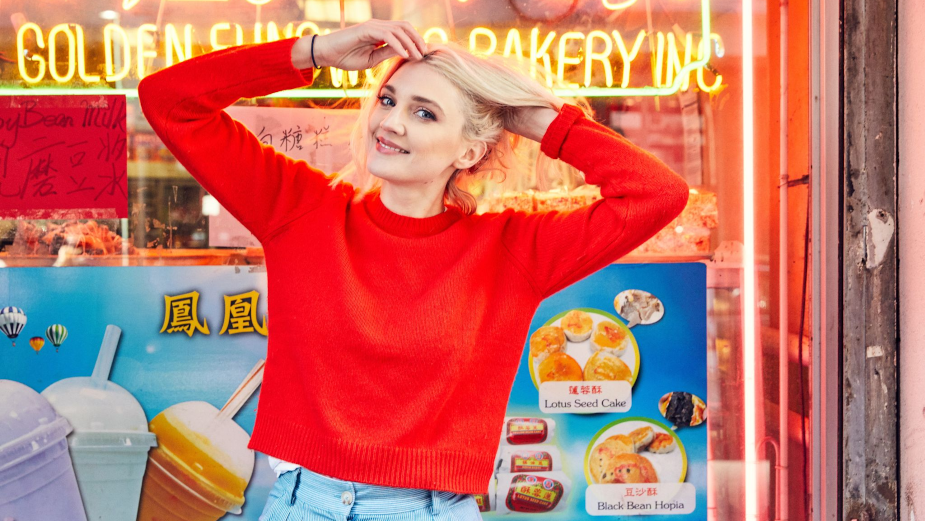 Caviar welcome LA based comedy director Amber Schaefer to their London and Amsterdam roster. Already signed to Caviar LA, it was only a matter of time before Amber joined the London office with her aesthetic and tone being the perfect fit for the London comedy market.

The award-winning director who has a background in writing, acting and producing, is a ‘Jane of All Trades’ who has also acted in spots for brands like Smart Water and Stella Artois and written and produced content for clients such as Expedia and Amex. A gifted and instinctual comedian, Schaefer studied improv, character and sketch at the Pit, the Magnet and Upright Citizens Brigade.

Her short film ‘Its Been Too Long’, a neo-Noir 90s sexual thriller parody, has played at a dozen festivals across the US including Mill Hill Valley Film Festival and The Hamptons International Film Festival.

As a director, she has worked with talent like Ben Schwartz, Shaquille O’Neal and Kenan Thompson while crafting content for College Humor, Funny or Die, Geico, Kayak, Dos Equis and the notable Bérnié ‘The People’s Perfume’: a spoof on your stereotypical luxury fragrance ad which illustrates Bernie Sanders’ broad support base reflecting the point of view of a younger more diverse demographic. Having studied Political Theory, Amber hopes it makes her more critical and reflective about the work she puts out into the world.

Sorcha Shepherd, managing executive producer at Caviar in London had this to say on Amber joining the roster: “I was already a big fan of Amber’s brilliant tone of voice & hilarious work, but after having shot with her for Captain Morgan, I am even more excited about this signing. She has a fierce work ethic and is an absolute breath of fresh of air, bringing a relevant and youthful spin to the scripts she pitches on. At it’s core is Caviar’s commitment to build & nurture directors from their grass roots and we know that this is going to be a very fruitful and fun working relationship.”

Amber adds: “I think British comedy tends to be dryer, darker, smarter, and a little grittier. And as someone who grew up in America without cable TV and with British comedies like Blackadder, Monty Python, Red Dwarf, and the Young Ones, I couldn’t be more excited to flex my foundational comedic instincts with the best company in the biz.”