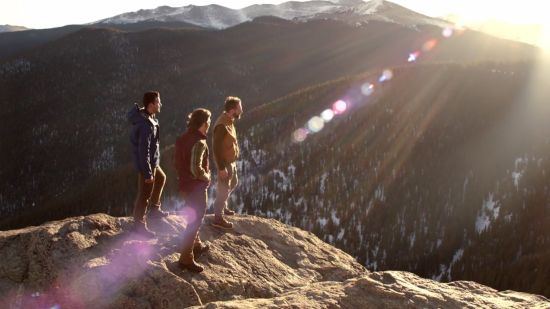 Detour Films director Matt Miadich spotlights the heritage of the Coors Banquet brand with new spots as part of the brand’s popular campaign that celebrates timeless western values, from Chicago-based agency Cavalry.  The four spots -- “Persistence,” “Our Name,” “Tradition” and “Water” -- each pay homage to the uncompromising quality of the beloved Coors Banquet beer, which has been brewed exclusively in Golden, Colo., with pure Rocky Mountain water and high country barley since 1873. You can view all the spots here

For the thirty second broadcast spot “Persistence,” Miadich took to the Rockies to capture footage of a trio of adventurers as they traverse the snow-capped ridge. As the friends complete the invigorating trek at the peak of a mountain, they look down at the breathtaking landscape and toast with the instantly recognizable classic gold beer can.

The campaign is a perfect marriage between Coors Banquet and the director, with Miadich’s commitment to maintaining the authenticity of the subject being a hallmark of his work. Each emotion-driven spot inspires a sense of pride in the viewer for taking part in more than 140 years of American tradition.