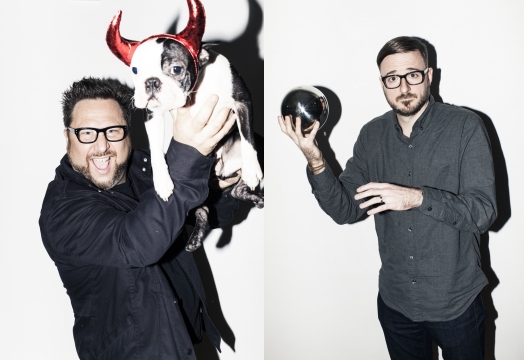 New York-based creative studio Cause & [Effect] has added Emmy Award-winning Creative Director Anthony Gelsomino to its team. The former Vice President/Creative Director of Nickelodeon Movies and On-Air Promotions joins Cause & [Effect] after a 20 year tenure with MTV Networks including MTV, Vh1, Nickelodeon, Nick @ Nite and TVLand.  Anthony has been the creative force behind various network rebrands, series launches and live award shows. He also collaborated closely with major motion picture studios, working with numerous celebrities including Robert Downey Jr., Johnny Depp, Anne Hathaway, Will Ferrell, Justin Timberlake and Beyonce. This strategic hire will allow the creative studio to expand its in-house offerings to provide campaign expertise to all of its brand clients.

After working across a multitude of departments, he has created major promotional campaigns for such blockbuster films as Shrek 3 & 4, Dreamworks’ Madagascar franchise, The Last Airbender, Rango, Sherlock Holmes and Steven Spielberg’s Indiana Jones And The Crystal Skull and TinTin.  He has also launched the promotion for “iCarly” with Miranda Cosgrove, “Victorious” with Victoria Justice and “Sam & Cat” with Ariana Grande. He also creatively executed entire campaigns for the Kid’s Choice Awards with Ben Stiller, Jack Black, Dwayne Johnson and Will Smith- for which his work earned him an Emmy for Outstanding Campaign Announcement.

Cause & [Effect] Managing Partner Jason Zemlicka notes, “After working with Anthony on various projects, I have been able to witness firsthand his all-in approach to a campaign and look forward to having him on board for a wide range of projects.”  Adds Gelsomino, “I’ve always been very passionate about the creative process, and I’m really excited to bring my unique voice to a wide range of brands and clients.”

The hire comes on the heels of the signing of Emmy-winning Art Director Nick Jernigan, with a background in crafting visuals for such clients as National Geographic, PBS, Discovery and Visa, among numerous others. After earning a degree in Visual Media with a concentration in Film from American University, he landed his first gig at National Geographic, where his work earned him four Emmy nominations and a 2005 win in “Outstanding Achievement in a Craft: Graphic and Artistic Design” for “Predators of War.” Prior to joining Cause & [Effect], he lent his talents as a VFX Supervisor at Pixeldust Studios, earning his fifth Emmy nomination for the his imagery for the Discovery series “Apocalypse How?”