Awards show is also set to celebrate its 20th anniversary 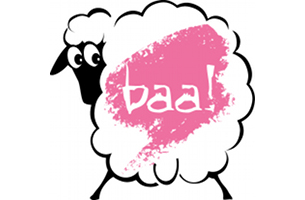 The British Animation Awards (BAA), the only ceremony in the UK to reward a diverse range of animation has announced the nomination categories for its 2016 awards when it will also celebrate the 20th year since the awards ceremony began.

The animation-loving public will have a chance to reward their favourite work in the Public Choice Awards for Favourite Short Film and Music Video and the very youngest viewers will also have their say in the Children’s Choice Award, where a panel of young children will choose from the finalists in the children’s categories.

BAA Director, Jayne Pilling says: “It’s 20 years since the British Animation Awards began and this is the first awards ceremony to take place since the industry reaped the benefit of the changes to the tax-break arrangements.  With the animation industry in rude health, there has never been a better time to celebrate this wonderful, thriving, creative force and we hope to make this the best awards ceremony yet.”

The BAA’s are the only awards to recognise all forms of animation and reward the work of both new and established animators for short films, animated graphics for film and television, children’s series, music videos and commercials.

Applicants can apply for the awards by downloading an entry form from the BAA website and the BAA Facebook Page.  The closing date for entries is 30th November, 2015.

The prestigious biennial BAA ceremony will be held at London’s BFI Southbank on March 10th, 2016, attended by the great and the good of British Animation.  Previous winners across 20 creative, groundbreaking years for the industry include such illustrious names as Tim Burton, Nick Park, Simon’s Cat creator Simon Tofield, Harry Potter and the Gorillaz.