Ahead of the Casting Director Association Awards, three top casting directors give their expert opinions on three award-winning films 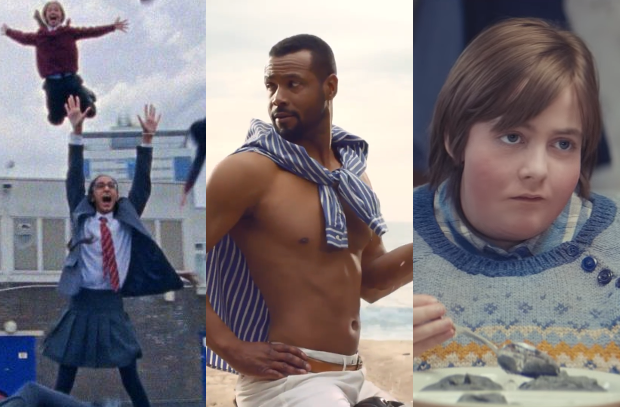 The 2019 Casting Director Association Awards, celebrating the art of the casting director in UK filmmaking, will take place on May 15th, 2019 at BAFTA in London. With entries for the third annual awards now in, the jury will soon decide what work has benefited from the best casting across a variety of categories, including commercials, film, stills and music videos.
Sitting on the jury this year are: Alex Jennings (actor), Alex Reeves (Europe editor at Little Black Book), Christine Payne (general secretary of Equity), Doug Wade (producer at JWT), Holly Calcott (Spotlight), L.A. Ronayne (D&AD trustee / creative director at Stink Studios), Laura Pannack (photographer), Mark Denton (head of COY! Communications), Steve Davies (chief executive of the Advertising Producers Association).
To get an insight into what great casting can contribute to an all-round brilliant work of creativity, we put three award-winning pieces of commercial filmmaking - ads that have recently won accolades in competitions from Cannes Lions to The Immortal Awards to the CDA’s own awards - in front of three top casting directors: Tree Petts, CDA chairperson, Brendan McNamara, previous CDA Awards winner, and Shakrya Dowling, previous CDA Awards nominee and former CDA board member.

Nike - Nothing Beats a Londoner

Shakyra> The casting on this one is fantastic - I would have loved to have had this job! I love the diversity, lots of great characterful faces all great sporting abilities. It would have been a real challenge to balance the acting abilities versus sporting abilities still keeping a good mix of ethnicities within the casting. Huge cast all of whom are hugely talented.
Brendan> I love the authentic feel of each of the characters, how each one could be the focus of an advert in themselves. I love that they feel real, believable and that they bring a true voice to each moment. What is disappointing is that in the credits every department is listed except casting. I can imagine the director stressing the importance of casting and the final product is evidence of this, yet the casting director, who has done an incredible job, is omitted. This is why the CDA is pushing for awareness of the casting director’s work.
The sheer size of the cast would be have a huge challenge and as ever I suspect the time frame was tight. Another aspect that would have proved challenging is the difference between sport and acting ability. Some of these performers would be excellent at certain sports, but perhaps more limited with their acting ability. This advert is dialogue- and comic reaction-heavy so it would have been very hard to find individuals with both high enough sport and acting ability.
What I think is brilliant is that the celebrities are secondary to the kids, you almost don’t notice them because the kids are so good. The rhythmic nature of the story is also addictive.
Tree> I love the REAL casting on the film. It really feels London and captures the London youth in a positive way.
It’s the sheer number of people across different sports that makes this a challenge…and then to find people who are not actors to say lines convincingly (possibly over a number of takes)
What’s brilliant is the diversity, the reflection of London youth, the positivity especially when news about youth is mostly about violence towards each other.

Shakyra> I love the simplicity of the casting on this one. It is clean and the acting is superb. Really lovely and very real performances. I expect the main tennis players were all ’street cast’ and the lead presenter was a comic actor. For the casting director it would have been a challenge to balance the two. Great casting all round.
Brendan> David Harbour is fantastic casting, his light but funny touches are brilliant. The secondary characters are also well cast and interesting with subtle little quirks and reactions.
Mixing together a cast which complements David Harbour’s light comedic touch with interesting supporting actors whilst not over shadowing his performance and the message would have been a tough challenge.
Advertising that can laugh at itself in such a great way without over egging the pudding is a rare skill. David Harbour's performance, the nod to classic advertising and the supporting cast make this a fantastic campaign.
Tree> The casting in these ads are very reflective of ad genres - it is very much ‘types’ of people.
The main actor will have been attached to Tide before the casting director came on board I would have thought. I don’t think the casting of these spots would have been too challenging, personally. It would need actors with a comedic ability, a comedy timing.  We have a lot of those in the UK.
But I love the comedy - advertising taking the Mick out of itself

Shakyra> This is my favourite - casting by a member of the Casting Directors Association and a winner at last year’s Casting Awards, and quite rightly so. At first glance one would think, “how hard would it be? A load of actors in fat suits?” But again, within the simplicity, there is a huge amount of talent involved. The lead boy has such an expressive face and yet is so natural. He needed to look like he could be fat as well as thin (believe me, not everyone has the ability to hold that weight within their face). The family and additional cast needed to look bulky and yet not be bulky or the fatsuits would have looked out of place and not obvious enough. Great casting. I expect there were several casting sessions and recalls to get this good a result!
Brendan> The faces in this CDA Award-winning commercial are fantastic. Again lovely subtle performances as the story builds; our hero is idiosyncratic and sympathetic and we root for him to succeed.
As ever finding quirky faces is fun but there is a fine line between interesting and too absurd. The casting director would have to find a child capable of subtlety, pacing and stillness which can be hard to find in children. Also the boys of that age can be rather self-conscious so the fat suit could have been a challenge to sell young actors.
The various faces throughout the village, all interesting and urging you to invest in them. The child is fantastic, his performance glues the piece together.
Tree> I love the expressive faces of the actors. The CD needed to find actors who are very expressive non verbally, especially the children - the young boy in particular. I love the subtle nuanced acting which is integral to this spot.
view more - Trends and Insight