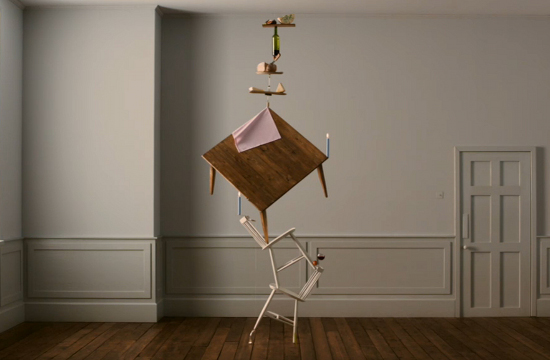 A new TV spot by Mother continues a global campaign for Castello cheese this week. Castello make a huge range of cheeses, with a variety of origins and styles. Mother’s new campaign creates a unified brand style for all Castello cheeses.

The new ad - Balance - is aimed at Cheese-lovers who like to experiment and enjoy new cheeses. The spot is designed to explore the cultural myth of cheese made to a secret recipe, in a barn created by secretive dairy farmers.

The outdoor campaign takes the idea further with a series of beautiful sculptures photographed by Carl Kleiner.

Jacob Wright, Mother Strategist, explains: ‘There’s an idea that bad cheese is made by big corporations out of fake milk in a huge factory. But this dichotomy isn’t true – Castello cheeses are made at scale, but each was carefully designed by an individual and crafted out of wholly natural ingredients, using traditional methods such as open vats.  So we wanted to find a fresh way to talk about cheese that would appeal to a sophisticated cheese-loving audience without playing to these stereotypes.’

Mother’s idea was to explore the creativity behind the cheeses by telling the stories of how they were made or designed using ‘cheese sculptures’ that reference a world of high art.

Two new spots – Darkness and Balance - are airing in Germany, Norway and Sweden and Balance breaks in the UK on the 3rd March.