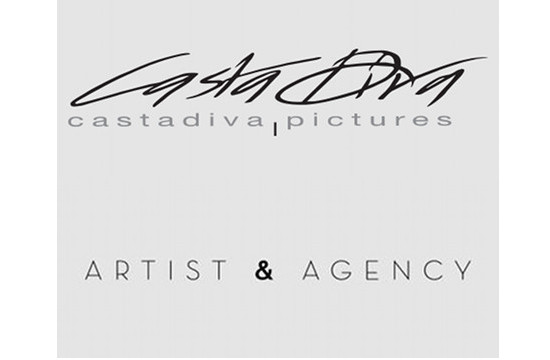 Casta Diva Pictures, the international production company with offices in New York, Milan, London and six other cities around the world, has announced the addition of Artist & Agency (www.artistandagency.com) to its roster.  The announcement was made by Jack Cohn, Executive Producer and Partner of Casta Diva in New York.

Casta Diva Pictures (www.castadivapictures.com) will add a select group of Artist & Agency photographers and directors to its roster for global commercial and web video representation and will serve as the outsourced production company for all film and video projects generated by Artist & Agency.  The boutique shop, representing and managing top fashion and beauty photographers and directors, was founded by Noah Bruun and Gina Whitehead in 2011.

“What’s great about this association is that it fits perfectly into the Casta Diva 360 approach to finding solutions for our agency clients,” says Cohn.  “It allows us to offer a full range of production services to accompany Artists & Agency’s extremely talented and creative image makers, which will lead to finding the ideal scenario for any project worldwide.”

“We’re proud to be part of Casta Diva Group, and we know our clients will be in good hands,” says Artist & Agency’s Whitehead.  “Casta Diva is lead globally by a team of creative and knowledgeable production professionals. They’re highly collaborative and easy to work with.”

Based on the success of this job, Luca Oddo, Chairman of Casta Diva Group, offered Bruun and Whitehead the opportunity to form an exclusive partnership. The move made sense, Bruun notes, as it serves both the needs of Artist & Agency’s clients as well as its talent roster  “All of our photographers are really excited about the prospects of partnering with Casta Diva,” he says.  “We’re confident this relationship will endure and grow to be very powerful.  We feel that linking our boutique agency with the Casta Diva Group will revolutionize how creatives solve their problems.”

The signing of Artist & Agency is the second major move Casta Diva has made in the past six months to bolster its presence in the US advertising market, Oddo points out.  In January of this year the studio named Jack Cohn as its New York-based Executive Producer and Partner.

Oddo met Cohn through a mutual friend, the tabletop director Vittorio Sacco, whom Cohn has represented in the States for many years and whom Oddo has known for over two decades. “As soon as met Jack I understood why Vittorio likes him,” he explains.  “In addition to his great reputation, which always precedes him, he instantly grasped the new Casta Diva Pictures business model and saw its’ potential for changing the way advertisers and agencies approach production.   It’s rare to find someone with his experience and background who shares such an open mind and an expansive vision. I couldn’t have hoped for a better partner in the US.”

Cohn is best known to the American ad market as the founder and EP of several iconic production companies, including Lovinger Cohn, Cohn & Company and C Entertainment. He’s managed and built the careers of such directors as Michael Grasso, Paul Goldman, Paul Cade and Jeff Lovinger, while producing broadcast work for a who’s who of global brands and virtually every major agency in the country.

Cohn says he signed with Casta Diva Pictures because he was attracted by the global nature of the company – it has fully functioning production offices in nine cities, covering every major region from Europe, North America, South America, Africa and Asia. He was also attracted by its holistic approach to producing advertising content; various aspects of the Casta Diva Group handles everything from production for TVCs and web video to branded entertainment, print, digital and events and experiential installations.

“Luca and his team have created a company that’s ideally positioned to handle the needs of a changing marketplace, where clients and agencies are not only looking for standout creative talent but also global efficiencies in integrated production that will allow them to maximize their budgets and create assets for all their media channels,” Cohn adds.

Notable Projects Produced in the US

Notable US work for Casta Diva Pictures includes a Gillette campaign produced for BBDO New York that ran in support of the 2012 Summer Games in London, as well as the aforementioned work for the Vidal Sassoon. The company’s Buenos Aries office also teamed with the New York operation earlier this summer to shoot a Latin American campaign for Ace detergent that were shot in the US with “Modern Family” star Sophia Vergara. The project included both broadcast TVCs and a viral component for the web.

Casta Diva Pictures also produced a major package of spots introducing the Gillette Pro Glide razor in Europe in 2010, also created and produced by BBDO New York.  Brian Mitchell, BBDO’s Executive Producer, worked closely with the company on the Gillette Pro Glide launch. He described the job as a challenging assignment both from a creative and production standpoint, in that it required a production schedule that spanned multiple countries with extensive casting of non-professional talent.

“From the very beginning, Casta Diva was closely focused on understanding and meeting the client’s expectations,” Mitchell says about the experience.  “As a result, they were very clever in their approach to the job, from both a creative and budget standpoint.  It was not an easy project, but it went very well.  Casta Diva gets things done because their model allows them to work very efficiently.  In addition, their global network is very impressive, as is Luca himself.  I’d work with them again.”