Alaina joins as executive producer and Kevin joins as editor 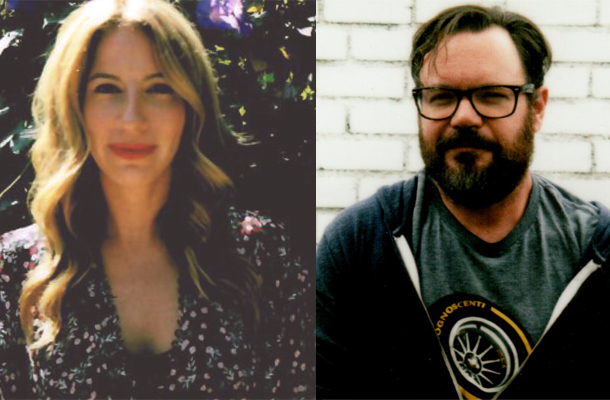 Award-winning editorial and post-production studio Cartel has appointed Alaina Zanotti as executive producer to drive business development and to help oversee creative operations. She joins partner and executive producer Lauren Bleiweiss in a joint collaboration to helm studio expansion across the commercial market. Additionally, Cartel has bolstered its roster with the signing of comedic editor Kevin Zimmerman.

“As we evolve to serve the growing needs of our dynamic client base, we are eager to welcome Alaina back. Together, we’re a strong team and I’m excited to join forces once again,” said Lauren. “Alaina was integral to our studio’s initial success and joined the team early on to help establish Cartel as an editorial powerhouse. Her unique commanding ability to cultivate strong client relationships and lead innovation among creative teams will be key to our continued success.”

With more than 15 years of experience leading creative teams and growth across advertising and entertainment industries, Alaina joins Cartel with a proven track record for executing projects across all verticals for high-profile clients, including BBDO, Wieden+Kennedy, Deutsch, Google, Paramount and Disney. A natural leader with a charismatic aptitude for nurturing client relationships, Alaina most recently served as senior executive producer at Method Studios, where she oversaw business development for global VFX and post-production. Prior to this, she joined Cartel in 2016 to assist the newly established post and editorial house cement a strong reputation as a creative leader in the commercial market. A devoted advocate for client experience and skilled creative problem solver with an aptitude for strategic growth, Alaina previously spent more than a decade driving operations and raising brand visibility for Method and Company 3.

Kevin joins Cartel following a successful tenure as a freelance editor, where his knack for comedic timing and entrepreneurial spirit earned him commercial work for Avocados from Mexico and Planters that aired during 2019’s Big Game. Throughout his two-decade career in editorial, Kevin has held positions at Spot Welders, NO6, Whitehouse Post and Filmcore, with recent high-profile work for Sprite, Kia, hotels.com, Microsoft and Miller Lite, and a PSA for Girls Who Code. Having previously worked with Cartel Partners Adam Robinson and Leo Scott, Kevin is eager to join the team and collaborate with the studio’s creative expertise on the craft of editing.

“Andy, Leo and Adam are all incredibly talented editors – the type who end up with as many fans as they have clients,” said Kevin in closing, “I jumped at the opportunity to reconnect and look forward to collaborating with Cartel’s highly skilled and tight-knit editorial team, under the expert direction of Lauren and Alaina at the helm.”