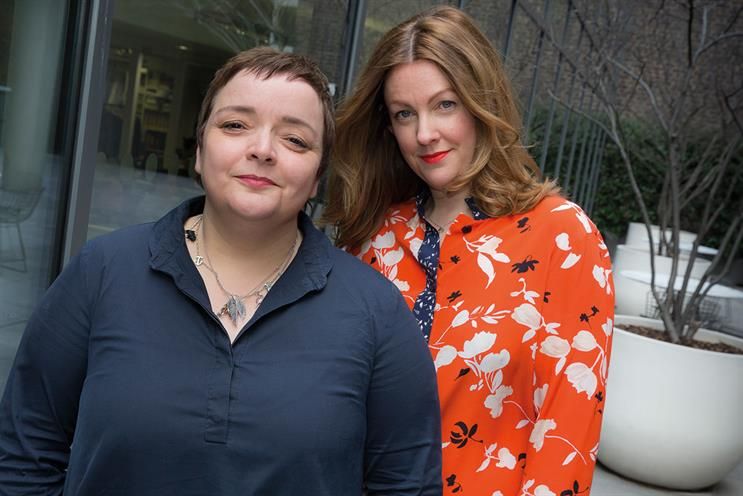 Former BBH Deputy ECD Caroline Pay is joining Grey London. She takes a newly created role – Joint Chief Creative Officer – alongside Vicki Maguire, who has been promoted to the position from ECD.

In this role, Pay and Maguire will also sit on the agency’s executive management team.

This new partnership – one of the few all-female teams at the top of a major advertising agency – reflects Grey’s commitment to diversity and creativity, as well as the strength of its culture and its ability to adapt and thrive in changing circumstances.

Maguire, who joined Grey in 2009, was promoted to Deputy ECD in 2013, before taking the ECD role itself in 2015. Highly regarded for both her creative and leadership talents, she is best known for her famous and multi-awarded work on the British Heart Foundation. An IPA Woman of Tomorrow, one of D&AD’s most Influential Women in Advertising and one of the 10 most influential women in advertising according to Business Insider, Vicki has become an important industry role model, speaking out on diversity and supporting female talent. She is active in both WACL and SheSays, and 2016 saw her take the Chairmanship of the Creative Circle Awards – becoming the first female chair in its history – as well as judge the Cannes Glass Lions.

Prior to Grey, she has worked at agencies including Ogilvy, Amsterdam International and Wieden+Kennedy – where she first met Pay.

Pay has spent her 20-year career at some of the world’s best agencies, including – as well as W+K – Mother and BBH, winning numerous awards for brands including Coca-Cola, Amnesty International and Levi’s. She established her career during seven years at Mother, where she co-created and launched FRANK, the governmental drug service for young people, before joining BBH as Creative Director on the Levi’s account in 2005. A stint freelance saw her create the somewhereto_ initiative as part of the 2012 Cultural Olympiad, before she rejoined Mother to lead the Boots, GREAT Britain and New Look accounts. In 2014, she was rehired by BBH as Managing Partner and Head of Creative Development, before being promoted to deputy ECD later that year – leading the turnaround of Tesco and helping Nick Gill build a world-class creative department at the agency. She has won Campaign’s Best of the Best award with then-partner Kim Gehrig, as well as an Emmy for a project with MTV in the US.

Pay is a champion for developing young creative talent, as well as a powerful voice in pushing the equality agenda forward. She mentored in the Great British Diversity Experiment and continues to offer ongoing mentorship through the SheSays 'Yo Momma' programme.

Vicki Maguire says: “I’m super excited. We met at W+K and have talked about doing something together ever since. Caroline is a rare talent in that she understands how to not just create talked-about work, but she gets how to play brands in culture, as well as recognising how important culture is to an agency. I can’t bloody wait.”

Caroline Pay says: “My next move was all about the team for me – finding the right team with the right ambition. Having known Vicki for over a decade, we've always known we would rule one day – it was only a matter of time. What can I say? She's my hero. Vicki and I share enormous self-belief, monster ambition, potty mouths and the ability to lead generously. We pride ourselves in making our teams and our clients feel anything is possible, and now it really is. This is the best chance in town. Bring it on.”

Leo Rayman, CEO, adds: “We love Caroline’s breath-taking ambition – both for the work itself and also for the people she works with. Her ability to walk into any room and galvanise the people in it is palpable. Vicki has been Grey’s backbone, ringleader and conscience over the past eight years, and in promoting her to CCO, we’re recognising her unswerving support for our people and our culture and her fierce brilliance in developing and nurturing the world-beating ideas we’re known for.

“Vicki and Caroline are both awarded creatives in their own right and share a passion for a different shape of work. They are peas in a pod, but they also complement each other brilliantly. With these two at the helm we’re unstoppable –together we’re going to take Grey to another level.”