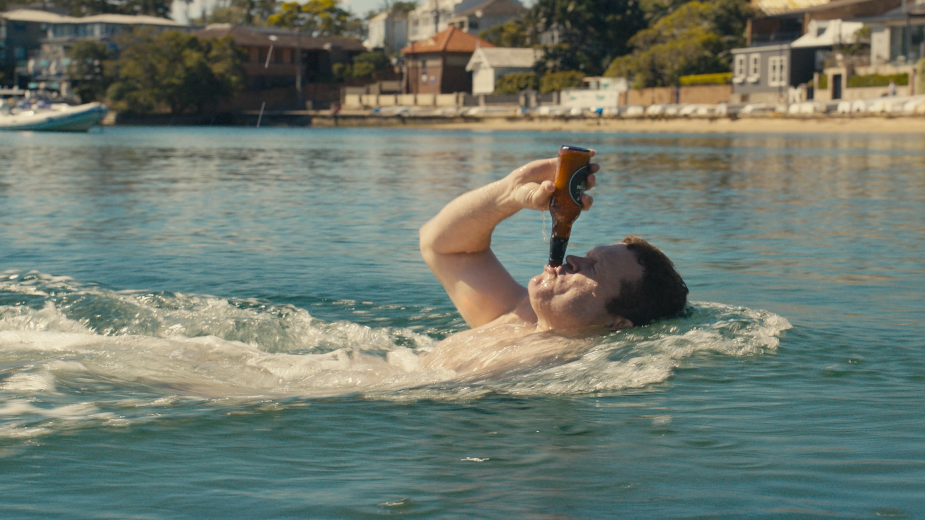 Carlton & United Breweries’ Carlton Zero zero-alcohol beer has launched a new campaign, encouraging all Australians to ‘Rewrite the Rules’. Created by Clemenger BBDO Melbourne and directed by Matt Devine as a triumphant celebration of the fact that Carlton Zero has zero percent alcohol, the campaign shows drinkers that they are free to rewrite the rules of beer drinking and do all the things they usually couldn’t with a beer in hand. In turn, the campaign rewrites the tropes and rules of traditional beer advertising.

Who better to star than an actor who has been in just about more classic Australian beer ads than anyone else? Once he realises there’s a Carlton Zero in his hand, he joyously does all the things he’s only ever dreamed of doing in a beer ad, like swimming, operating a jackhammer and getting behind the wheel…. of a flaming dragster.

Carlton Zero brand director, Hayden Turner, said: “We’ve all been in situations where we find ourselves wanting to have a beer but it’s just not appropriate. Carlton Zero gives beer drinkers the freedom to partake in these occasions without having to worry about what comes next. Our TVC embodies this through the guise of the Beer Man, who’s finally free to do all the things he’s been longing for… after having his beer.”

Clemenger BBDO Melbourne executive creative director, Jim Curtis, added: “For many years this particular actor has graced our screens - drinking beer after beer. So, it was a real honour to help him finally live out his dreams and indulge in activities such as swimming, building and driving. At one point he even drank more than one Carlton Zero at the same time.”

The campaign is supported by OOH, radio, trade and social activities.