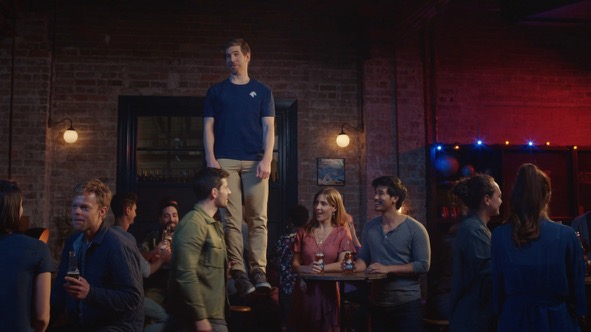 After a competitive pitch in December 2017, Special Group has joined the CUB roster as agency of record for Carlton Dry. The new brand campaign 'Be Like The Beer' is the first CUB work from Special Group and launches this week in multiple channels, including TV, cinema, social and digital.

Says Cade Heyde, managing director and partner, Special Group: "We are incredibly proud to have earned a place on CUB's roster and to work with such an iconic family of brands. This is a business that's been responsible for some of Australia's best advertising, and we only hope to add to that already impressive legacy."
Says Hayden Turner, senior marketing manager, Carlton Dry: "When we talk to our consumers they tell us that Carlton Dry is the most easy drinking beer on the market, super refreshing with an uncomplicated taste profile and that's why they love it. The Special Group have uncovered the magic that sits behind this truth and we are very excited to see it hit the market."
The new Carlton Dry campaign strategically both helps position Carlton Dry as a unisex beer option, and also introduces the notion of - 'uncomplicated' - as a descriptor of easy drinking, smooth lagers. It reveals to Aussie drinkers that in a world overrun with complications, we could do a bit more with being like Carlton Dry - an easy drinking, uncomplicated beer.
Says Julian Schreiber, ECD and partner, Special Group: "Carlton Dry has always strived to be an uncomplicated beer for a complicated world. So it made sense to let the beer itself be the voice of reason and point out what's happening all around us. If you think about it beers have probably seen it all."

Says Tom Martin ECD and partner, Special Group: "'Be like the Beer' came from the simple insight that being uncomplicated like the taste of Carlton Dry is something to actually aspire to. It immediately positioned Dry as the kind of beer we'd want more of as we find ourselves overwhelmed by things that used to be no-brainers."

The films personify the beer as a full-sized guy and girl, each pointing out how even some basic things in life have become unnecessarily complicated. Our human beers notice how the world is going a bit wrong in a light hearted way, encouraging the audience to 'Be uncomplicated. Be Like The Beer'. From cryptic signs, to dip flavours and even beer itself - there's proof everywhere you look that things would just be better for us if they were less complicated like Carlton Dry.