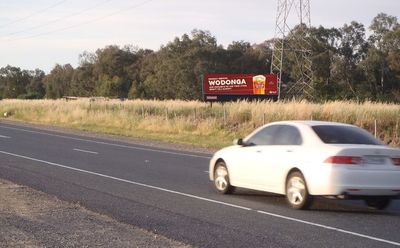 The light-hearted classic roadside billboard campaign touches on various historical themes, rivalries, and traditional exports of some of Australia's most iconic regional cities and towns, including Wagga Wagga, Ballarat, Bendigo and Wodonga.
The campaign includes executions such as "Proudly serving Albury; our favourite of the twin cities (don't tell Wodonga)" on the NSW side of the Murray with a billboard on the other side claiming Wodonga as their favourite.

While in the National capital, a billboard says: "Canberra: You love roundabouts (we love a round of fresh

Says Cook: "We often see big brands extending national Out Of Home campaigns into regional Australia on our assets, but we love it when an industry leading brand creates a regional-only campaign to reach Australians outside of the major cities."

Tim Ovadia, brand director of classic brands at CUB, said the campaign was all about the history and connection Carlton Draught shares with Australians in regional Victoria and NSW.

Says Ovadia: "The campaign is a way to demonstrate how much we value the relationship we have with these places. We wanted to let the residents of these towns know how important they are to our brand and remind them that Carlton Draught has been serving beer in their local pub for a bloody long time - so there's a lot of history there.

"Taking the time to develop a hyper-localised campaign with some cheeky creative in Carlton Draught's classic voice on oOh!'s regional billboards was the best fit for reaching our objectives." 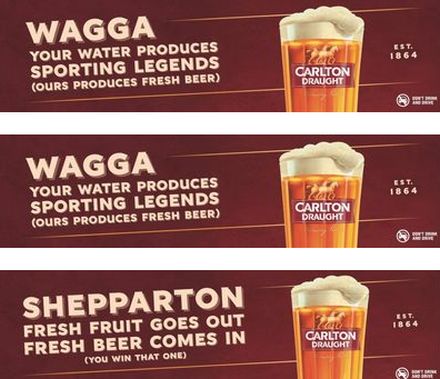