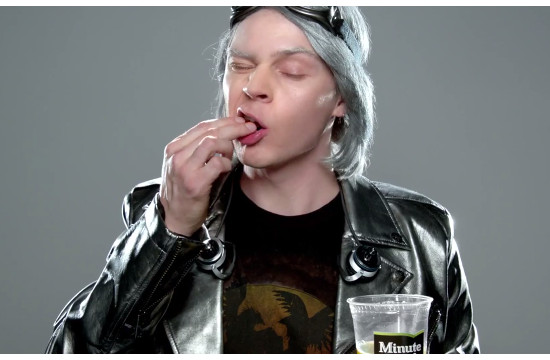 In addition, Carl's Jr. and Hardee's also released exclusive behind the scenes footage with Evan Peters and Daniel Cudmore as Quicksilver and Colossus.

In March the brand released 'Mystique', the first spot of the X-Men / Carl's Jr. and Hardee's partnership. One more ad is set for release soon.

You can also upload a photo to Instagram using #EatLikeYouMeanIt for a chance to be made into one of the X-Men.