It's a boy - but someone forgot to tell the decorators... 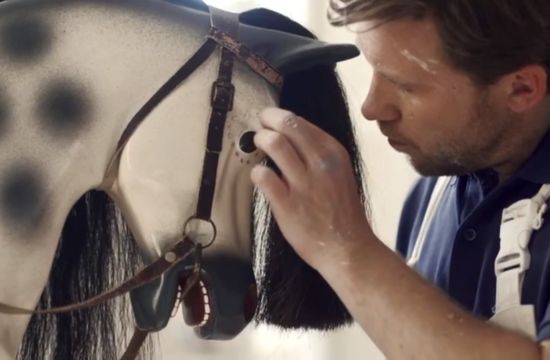 Creature of London has created an exclusive online ad for Carling, celebrating the arrival of the Royal family’s latest member. An over-eager decorator charged with painting the regal nursery has somehow missed the news that Kate has given birth to a baby boy… resulting in a room that is ‘not quite Carling’.

The new digital is the third outing for new Carling duo ‘Dylan’ and ‘John’. This time Dylan stars as a painter and decorator charged with preparing the Royal Nursery for the new arrival. After Dylan undertakes a good few hours of painstaking work, John turns up dressed as a footman. Seeing that the room is not quite what he expected, he utters the catchphrase; ‘it’s good...but it’s not quite Carling.’

The spot was produced by Smuggler and directed by duo The Sniper Twins, a.k.a  Barry Adam Flanagan and Dax Armand Martinez-Vargas.

Commenting for Carling, Brand Director Jeremy Gibson said: “As Britain’s number one beer, what better excuse to raise a glass than the birth of the Royal Baby? As the big day approached people have spoken of little else, so we thought it would be great to celebrate the birth with a bit of classic tongue-in-cheek Carling humour and congratulate the Royal couple on their new arrival.”

We’ll be watching Carling closely in the coming weeks and months – while the ad is the first in the ‘Refreshingly Perfect’ campaign to comment on the breaking news agenda it won’t be the last.

“Carling has a reputation for making adverts that provide an amusing take on current events. It’s a tradition that we’re keen to continue, so watch this space in the coming months,” said Jeremy Gibson.