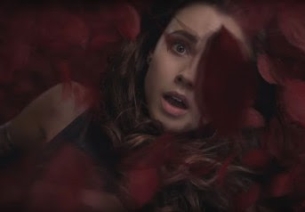 Creative studio Carbon VFX has joined forces with MTV on a series of four promos that introduce viewers to the new series, 'The Shannara Chronicles.'

MTV wanted to create a striking visual metaphor to introduce the characters of The Shannara Chronicles. The concept plays with the audience’s point of view. First we see our characters falling uncontrollably through a sea of leaves. Then, we shift the viewer’s orientation to reveal our characters were actually standing strong against a hurricane of threatening leaves. It’s graphic visual storytelling of Shannara’s central premise – you either rise up to fight evil, or you will fall.

For the dramatic slo-mo teasers, the team at Carbon VFX supervised visual effects for MTV’s live action plate shoot of the talent along with separate passes of blowing and rigged leaf elements, compositing them with photo-real CG leaves to set the characters awash in a sea of crimson foliage.

Carbon VFX Creative Director Kieran Walsh explains some of the technical aspects of the shoot, saying, “In addition to the motion control talent backplates, we did a comprehensive VFX shoot for leaf elements using a green screen, wind tunnel, and several fans to capture real leaf motion with air turbulence. We shot hi-resolution close-ups of leaves spinning in frame from a ton of angles, building up a library of leaf elements to propagate throughout the shots.”

Leveraging the infinity leaves idea created by MTV, Carbon traveled to Auckland, New Zealand to supervise the VFX elements for the promos then returned stateside to work on visual effects. Walsh adds, “These promos are a little different from anything we have done before, aesthetically and technically. At Carbon, we do quite a wide variety of projects – we love getting new boards and brainstorming how to achieve something we’ve never attempted before.” 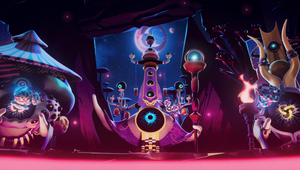