They join a team of artists and producers with clients including Porsche, Lululemon, Jeep, McDonald’s 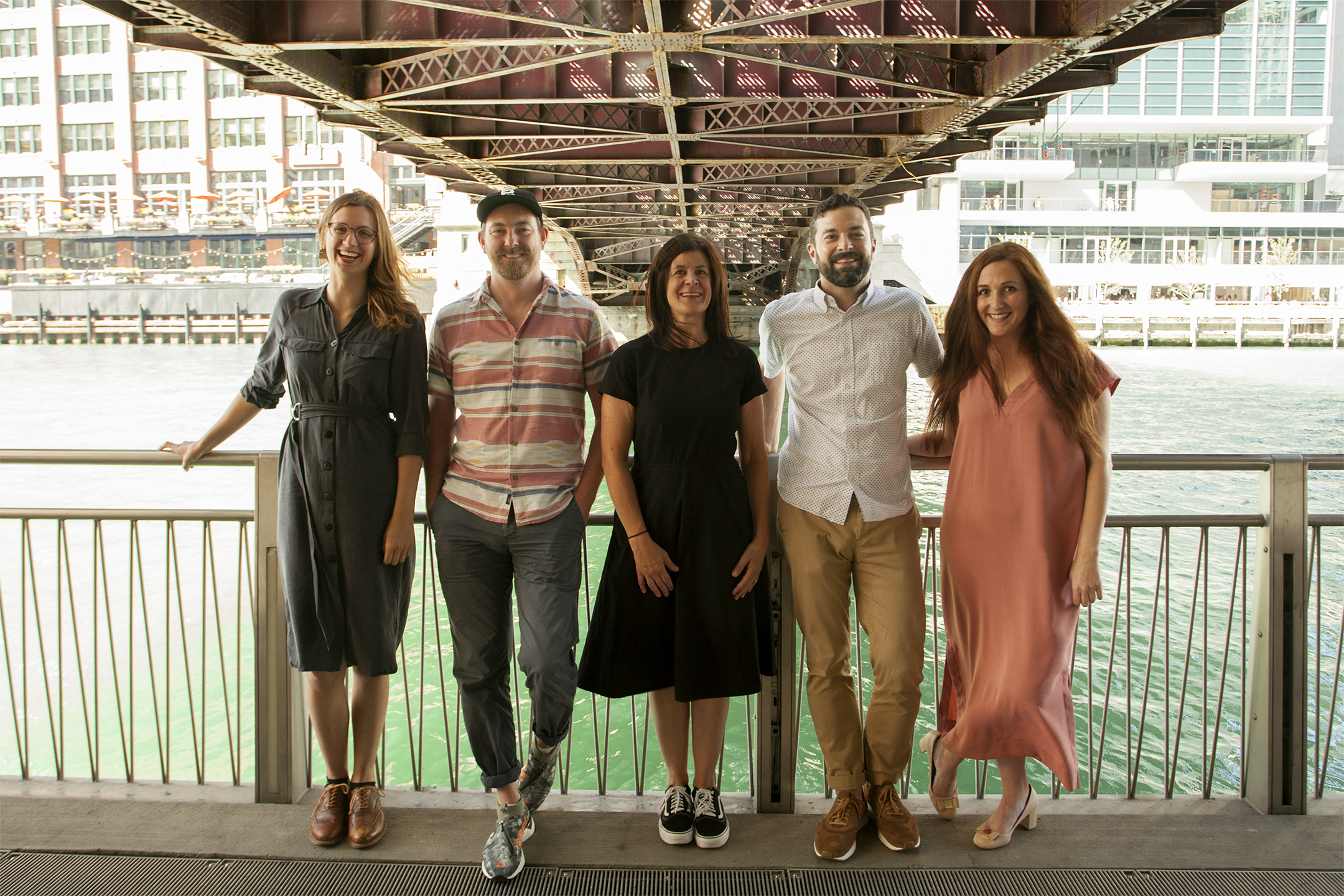 Visual effects and design studio Carbon announce the promotion of Phil Linturn to managing director of Carbon North America and Gretchen Praeger to executive producer of the Chicago office. Additionally, Carbon Chicago is excited to announce new hires including Jeff Boddy as creative director, Laurie Adrianopoli as EP of sales and marketing, and Katrina Zimmerman as senior art director.

They join a team of talented artists and producers that have grown into the second-largest design studio in the city with clients including Porsche, Lululemon, Jeep, McDonald’s, Facebook, and American Express, to name just a few. To accommodate the studios’ rapid growth and ever-expanding roster of projects, Carbon recently finished construction on a new, purpose-built studio within their office in River North. With an emphasis on unifying their teams across the US, the technology put in place seamlessly connects their offices in New York, Chicago, and Los Angeles, allowing for easy collaboration between the offices and with remote teams.

Phil Linturn joined Carbon in 2016, hailing from European VFX trailblazer Glassworks, most recently serving as COO. Tasked with opening the Chicago office, Linturn went to work recruiting and assembling a global team of artists to add key creative services such as design, direction, CGI animation, and shoot production. In his new role as managing director of Carbon North America, Phil is building on Carbon’s proven success by evolving the model to meet the needs of the current and future media landscape. “It’s no secret our industry is changing rapidly, and I’m excited to be adapting an already successful model into the pro-active creative hybrid that will create engaging content for our ever-expanding client base,” says Linturn.

Gretchen Praeger joined Carbon in 2017 with two decades’ worth of industry experience under her belt. She spent the majority of her career at Optimus, where she served as EP/ managing director and worked with clients including Nintendo, Dove, JCPenney, Allstate, Taco Bell, KFC, Miller Lite, and Budweiser. Her strong project management skills were immediately put to good use helping to grow and unite an expanding production department. “It’s really exciting to be part of Carbon’s growth in Chicago,” says Praeger. “I’m thrilled to be part of such a creative and diverse team of artists and producers, and to support and help elevate the amazing work that everyone is doing.”

Jeff Boddy brings more than 19 years of experience to his role as creative director of Carbon’s Chicago studio. Joining from the Mill, he has worked for some of the most innovative studios in the industry including production, post-production, visual effects, design, interactive, and ad agencies. In 2014, Boddy was recruited to lead the collaborative efforts of the creative, production, and technology teams at The Martin Agency’s in-house content creation and animation studio Hue&Cry. His interdisciplinary approach to creative direction, specializing in 2D, 3D, stop-motion, miniatures, cut-out, and cel-animation, as well as his experience building and managing larger teams, will be put to use leading an ever-growing lineup of creatives at Carbon. A career highlight came in 2018 when he was tasked with leading the creative production of the Kraft Super Bowl LII commercial. The real-time ad was the first-of-its-kind montage of viewer-submitted photos and videos that were produced in the first half and aired to 111M in the third quarter. Drawn to Carbon by their small, but scalable approach to design-driven production, Boddy believes that Carbon is uniquely positioned to thrive during the current shift in advertising. “I believe the best creative comes from studios with a healthy balance of talent and process,” says Boddy. “The right people, well organized. When you get it right, everyone has fun, too! So my goal is to sustain that balance at Carbon while creating some great work.”

Another fixture of the Chicago post community, Laurie Adrianopoli brings her extensive post experience and infectiously upbeat personality with an eye on bridging gaps and unifying the offices while championing everything that makes the Carbon brand unique. Most recently the EP of Color at The Mill in Chicago, she has exhibited her talent for growing and building colorist’s careers, having launched several successful artists during her tenure there. Attracted to Carbon by the close-knit team and their strong work ethic, Adrianopoli will also focus on expanding the Carbon brand to other markets, something she has a proven track record with. “Carbon’s work is driven by the relationships they build with their clients and partners. I’m grateful to work at a company where I personally know the owners and see how they value their employees as well as the creative process.”

Responding to increased demand for 2D animation and design skills, Carbon welcomes Katrina Zimmerman to the studio. A senior art director, Zimmerman has spent most of her prolific career freelancing at Chicago mainstays like Optimus, Daily Planet, and Sarofsky, and spent two years as a full-time designer at Vitamin Pictures. “I was ready to be a part of a team again and to be able to concentrate 100% of my energy on the creative process. Carbon offered an incredibly supportive and creative team to lend their resources and skills,” says Zimmerman. “My goal is to make the design side of Carbon flourish, expand, and showcase all the wonderful talent we have here and in Chicago.”

“I couldn’t be happier with the way our team continues to grow and evolve,” says Linturn. “These recent additions are further testament to how Carbon attracts the best and brightest in each market. The fact that they’ve hit the ground running with impressive wins at both project and account level, makes me excited to see where they will take Carbon in the future.” 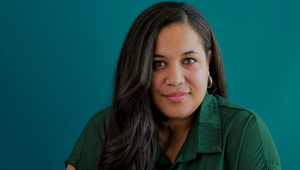 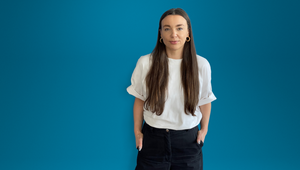 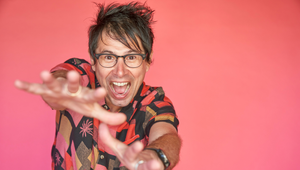 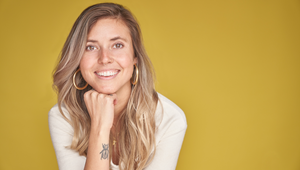 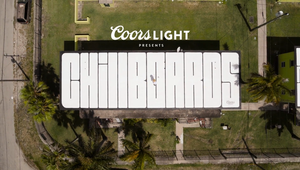 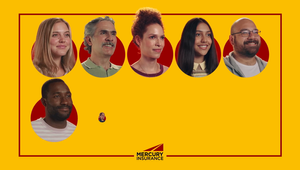 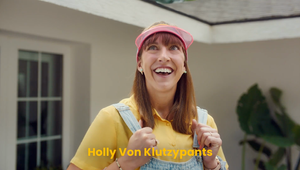 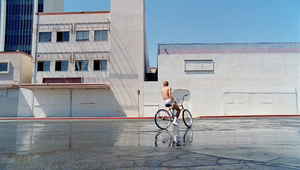