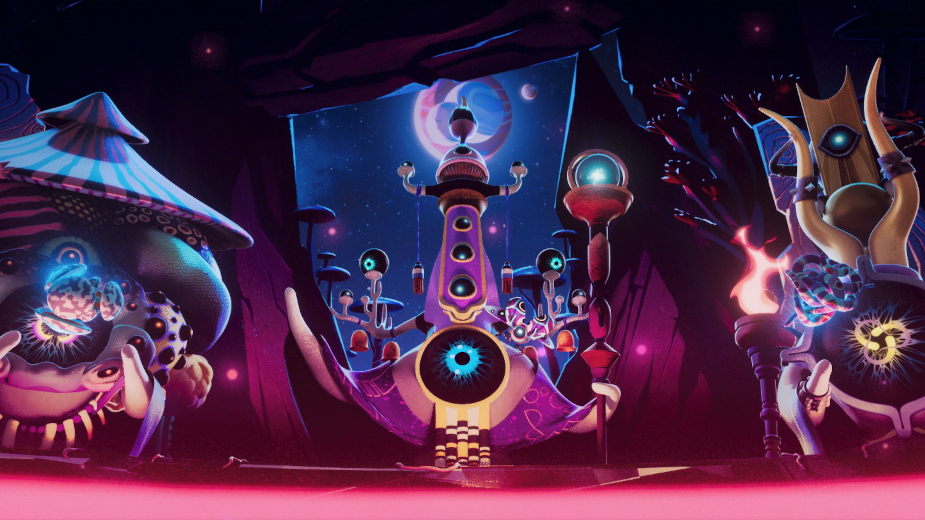 From creative production studio Carbon comes ‘Repeater,’ the vibrant animated Title Film to this year’s OFFF Dach creativity and design festival in Vienna. With original live-recorded orchestra music and sound design from Antfood, it’s a tale of non-conformity and rejection that builds to a kaleidoscopic ceremony and the uplifting power of finding your place.

“We were hugely excited when OFFF approached us with such an open brief,” says Carbon director Ian Bradley. “They said the brief was simply the theme of the festival. ‘Misfits.’ One Word. Who doesn’t love a brief like that? So, we went all in. We knew we had an amazing opportunity to go as wild as the brief allowed while still telling a story people could relate to.”

‘Repeater’ is the story of a world in which creatures speak in symbols and can turn those symbols into realities. A ruling class of Sayers force Repeaters to only speak in squares, creating endless cubes with which the Sayers can build their towers. One Repeater, banished from their tower for creating a forbidden anomaly, wanders the wastelands and discovers a band of misfit rebels in the midst of a wild ceremonial ritual. Joining them, they discover the true potential of these forbidden forms to change their world.

In preparation, the team dove into research around the occult, dark arts, mythology, nature, metamorphosis, and transformation. “The Sayers and Repeaters use shapes to communicate, so we opted for the one cyclops-style eye as their most prominent feature, with a bioluminescent shape-shifting iris,” explains Ian. “The Sayers’ power comes from controlling the shapes and they elevate themselves through self-adorned regal or ritualistic costume. Their towers were designed to be a prison, temple, and conveyor-belt assembly line all at once. The space needed to feel stark, dystopian, and oppressive with no diagonals and no curves. The walls censor the natural world and occlude any outside view the Repeaters might get, allowing only glimpses of the skies behind the Sayers above.”

“By contrast, we wanted each Misfit character to bring a vibrantly different personality, or obsession, into the mix. Not forced to conform by the Sayers, each Misfit's exterior was an opportunity to display their individuality and unique perspective. This brought wild design possibilities, pulled from the natural world. In contrast to the towers, the Misfits are surrounded by stones at harmony with the ever-changing sands and flora all around. No permanent construction, just a stone cauldron and whimsical carvings scattered in the stones. We worked with an incredible group of designers, every concept art pass grew more and more beautiful, balancing geometric minimalist forms with rich, organic details. When we got to the kaleidoscopic hallucinations, we were really able to let our imaginations run wild, and play with different shapes and colours.”

In keeping with the spirit of the film, Carbon set out to use a new visual style they hadn’t seen before. The resulting illustrative hybrid of 2D and 3D grew organically out of the collaboration between designers and CG artists. “We developed techniques to render the 3D characters in a slightly flattened and painterly way, designed to match the handmade feel of the 2D backgrounds and beautiful look established by our designers,” adds assistant director and head of CG, Frank Grecco.

“It’s been hugely inspiring to hear all the ways the film has connected with the audience so far,” ends Ian. “Some identify with their creativity being stifled, exclusion from social circles, while others have found parallels to their family’s reactions to their sexuality, or even the current political and social divisions. I love that we’ve created something that reaches people emotionally in that way.”

Conjured And Crafted by: Carbon

Written And Directed by: Ian Bradley

Music and Sound Design by: Antfood 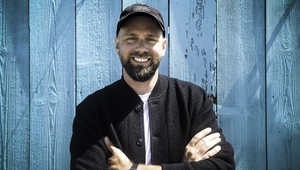