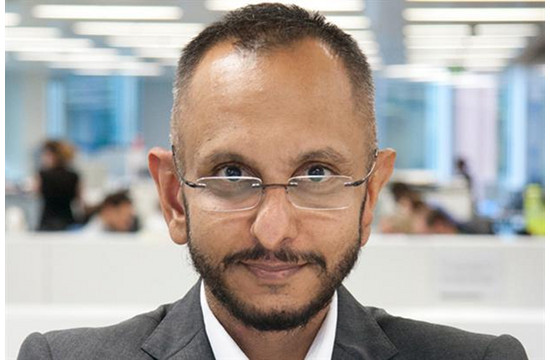 Nazerali joins Carat Global from the BBC, where he was Global Director of Marketing, Communications and Audiences. In his new role, Nazerali will marshal strategy, insight and thought leadership across Carat globally, reporting into Doug Ray, Carat Global President.

With a background as a market researcher and advertising planner, Nazerali brings many years of senior experience in strategy and insight for some of the world’s biggest brands. Before the BBC, he worked on the original team that developed the New Labour brand, moved to MTV Europe as Senior Vice President, Marketing, chaired the Viacom Europe Marketing Council, and launched VH-1 in the UK and MTV in India and Taiwan.

Nazerali’s 20-year career saw him founding international insights agency The Depot, and spending seven years at BBC News, where he launched the BBC’s Arabic News channel, which quickly overtook Al Jazeera as “most trusted news channel” in key markets. He was also part of the team that grew the World Service’s audience to 250m.

Doug Ray, Global President, Carat Global said: “Carat’s ambitions to redefine media are taking us into pioneering territory, and helping clients reinvent the way that brands are built. Sanjay is a recognised leader and expert in insight and strategy; a broad and creative thinker – at once practical and surprising. We’re delighted he has chosen to join us, he will be a massive contributor to our future success”.

Sanjay Nazerali, Chief Strategy Officer, Carat Global said: “As a client, it was clear to me that only Carat had really grasped the human - not just technological - impact of Globalisation and Convergence.  And so it's a massive honour to join the company at a time when much of our industry still thinks that convergence is about devices, and to drive value for our clients based on the reality not so much of connected devices, but connected lives and cultures.”