Capturing the Sweet Sounds of Winona

Behind the Work 99 Add to collection

Squarespace’s adventure with Winona Ryder was one of our favoured Super Bowl 2020 spots - as part of our March music and sound focus, Addison Capper chats with One Thousand Birds’ Jackie! Zhou about capturing the thoroughly pleasing voiceover 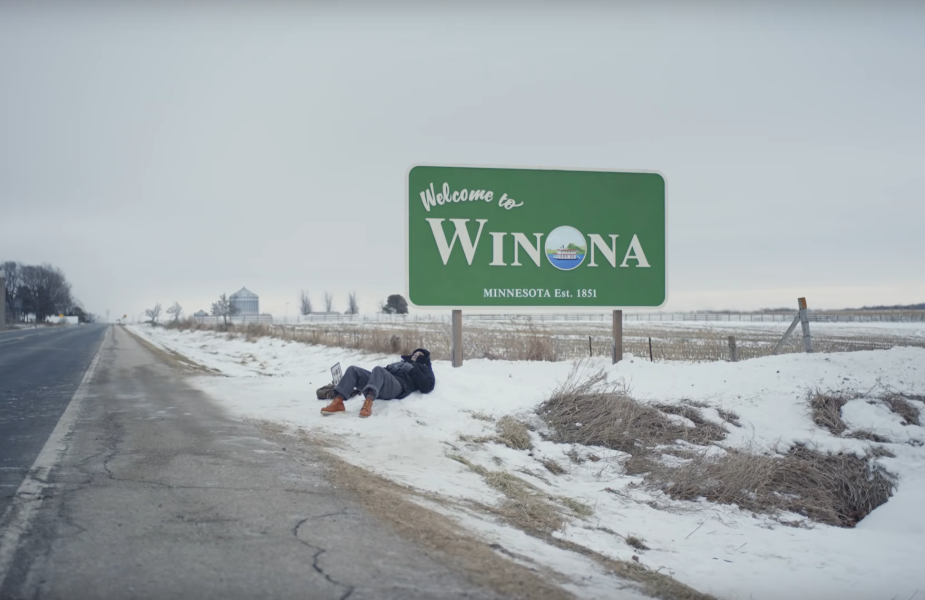 There was one campaign from last month's Super Bowl that seemed to catch the eyes - and ears - of the LBB office more so than most other people.

Squarespace's adventure in which Winona Ryder headed back to her namesake hometown, Winona, Minnesota, flew under the radar somewhat. A quick scurry through the ad press of the time and it came in for little criticism or praise.

But it piqued our interests for that reason exactly. Yes, there was a celebrity at its heart. But it wasn't handled with even a smidge of that in-your-face brashness that Super Bowl ads have a tendency to lean into. In fact, in the news story we published upon its launch, we dubbed it "thoroughly pleasing" and it's a notion that we're still standing by today. Watch the film below to remind yourselves of why we're correct.

Anyway. One subtle but super important aspect to this audiovisual hug of contentment, a feeling that it's all going to be OK - which we could all do with right now - is the sound design. Winona's voiceover whisks us out of our realities, onto the snowy streets of Minnesota and into the brain of the Stranger Things star.

For sound studio One Thousand Birds, the project marked an unexpected bit of practice for the remote working situation that most of us are experiencing right now. "Both our LA and NY studios got to be a part of this spot, so it was sweet to have both teams involved," we're told by lead sound designer Jackie! Zhou, who is based in LA. "As a fun fact, when we recorded the voiceover, we were patching in the director from Toronto, Winona and her team with OTB LA, and agency and client in OTB NY - the power of technology!"

Jackie and the team had the challenge of capturing Winona's voice both in-person and in her mind, offering the viewer the opportunity to hear the actor's thoughts and actual words. To get that transition from thoughts into the final scene of the spot - the 'now' - One Thousand Birds re-recorded the entire voiceover, including that scene, after the shoot. "The director [Tim Godsall] was helpful and they reminisced about the shoot before she even got into the booth," Jackie says. "The beauty of the spot is that she plays herself - so it was more important to get her to be in a similar headspace from production. She originally recorded the voiceover on set for timing, so we had a reference to the tone and quality of her voice when we recorded it. Performance-wise, it really was all Winona-as-Winona!"

Recording-wise, One Thousand Birds opted to use a large diaphragm condenser microphone - the Neumann TLM 103 for any of you in the know - as opposed to a shotgun or something that's more typically used for production. Jackie tells us that this kind of mic is typical for commercial VO and offers a "close" voiceover quality. "When used for a diegetic scene, it definitely could have a subconscious ASMR feel!" Jackie says, backing up our 'thoroughly pleasing' theory. "Again, to credit Winona, I think her voice is inherently pleasing and put up against the backdrop of Winona, it's a particularly satisfying spot."

The recording atmosphere echoed the vibe of the campaign - it was "fun" according to Jackie, and she and the team loved having her into the LA studio.

"Winona is magic! She was great to work with and brought the sparkle in the spot.”