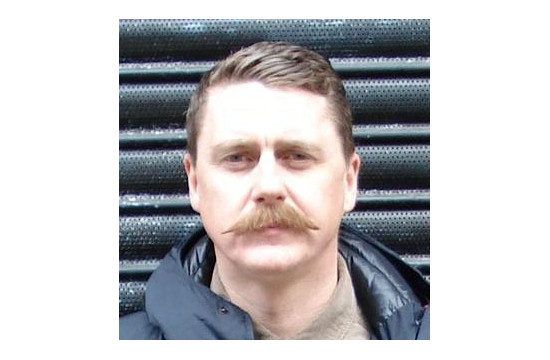 Matthew Bennett, Founder and CCO of drink, part of ZAK Media Group discusses how to captivate your audience in the world of energy drinks and extreme-sport marketing.

The main question that has faced marketers within the energy drinks industry over the past decade has been a tricky one; how do you convince teenagers and young adults to buy your highly-caffeinated soft drink, when hundreds of other brands are wrestling for the same shelf space? In an industry perpetually littered with new brands, each trying to out-extreme the next, small energy drink companies have pursued increasingly audacious marketing tactics. Rocket launches, skydiving sans parachutes, bridge-jumping and a whole slew of other dangerous activities that have become the standard approach in this guerrilla-marketing battle; all in an attempt to grab the headlines and gain enough of a following to dominate the lucrative category.

It seems that there are now more flavour variants than ever before, but some of the big players have lost their mojo from a product ranging point-of-view. Red Bull sales took a dip, but they were guilty of complacency within a fast-growing category and neglected NPD, possibly with the strategy of putting everything into their iconic lead product. This appears to have allowed the competition to steal shelf space with a multitude of flavours.

The target market for energy drinks is dominated by male teenagers and early twenty-somethings, a notoriously fickle group. The profuse diversity of sporting activities now available to the younger audience is also directly affecting their choice of drink. Younger males are no longer simply participating in football, rugby and athletics, but also a plethora of activities including extreme (or so called extreme) sports associated with energy drinks. As a result of these developments, sports drinks brands are under increasing pressure to pave a new and dynamic path for their younger customers. Music appears to be one direction (no pun intended), and Professor Green’s association with Relentless signals a directional shift for their brand, maybe due to them previously being guilty of not carving out a clear identity in an increasingly competitive and crowded market.

Probably the most famous example of extreme-sport marketing, and one that had the world holding its breath for 4 minutes and 19 seconds, was Felix Baumgartner’s Red Bull sponsored jump from a world record 127,852 feet back in September 2012. This risky stunt paid off, and was widely lauded as a hugely successfully moment for Red Bull. Whilst a lot of Red Bull's promotional constructs are regional travelling shows, very much targeted to the core energy drink audience (think Cliff Diving, X Fighters and Air Race), the Baumgartner stunt was a truly ground-breaking event of global interest. This almost certainly led to lapsed consumers and non-consumers reappraising or considering the brand for the first time. The media coverage alone was worth a fortune, and it’s fair to say that Red Bull absolutely nailed their strategy and involvement in the event. They didn’t lay claim to it, they simply celebrated the endeavour and the success. They supported and endorsed, rather than ‘pay for’ and market, the almighty leap into the unknown.

At the same time that participation in extreme and street sports is rocketing, traditional sports participation is falling. For those young men not interested in wearing skinny black jeans and vans footwear, football used to be the obvious activity of choice, but Saturday and Sunday amateur league participation is at an all time low. More and more young men are heading to the gym instead. As a result, many young people are also increasingly aware of the performance benefits offered by supplement brands like Maximuscle. Energy brands such as Lucozade, who are bit part players in the gym goers’ repertoire, could look again to their range of protein shakes and supplements - the ultra functional drinks - that offer more than refreshment and a short-lived boost. However, to be successful their efforts have to follow the Red Bull, Monster and Rock Star theme by 'making it cool'. Currently their worthy association with athletics and football is being drowned out by the dynamic marketing of other brands and the shift in consumer behaviour.

Another key aspect in energy drinks marketing is the evolution of their consumption within bars. This is ultimately a rite of passage that most consumers grow out of in a relatively short space of time, if nothing else, purely because their palates evolve as they grow older. The question facing marketers going forward is, beyond all of this extreme-tactic marketing, how can their brands mature with an audience that completely accepts their place behind the bar and in their alcoholic beverage? When we graduate from needing a physiological jolt to needing an emotional lift, who is going to be there with us? Red Bull’s more sophisticated approach to branding their flavour range certainly prompts an interesting conversation, but there is potential for smaller brands to capitalise if they have the appetite and investment.