CaPRI Wins at the ANVIL Awards 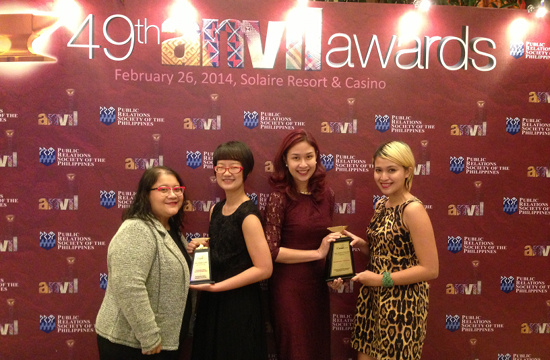 for Digital Campaign was given for the Olay Conversations - Season One work as well as the ANVIL Award of Merit on PR Multimedia Tools: Online Video was awarded for The Kayanihan Project’s Kayanihan Song Music Video’s work.

Olay Conversations – Season 1 showed inspiring women talking about how they balance their careers and families as well as her empowerment to be the best she can.

The Kayanihan Project’s Kayanihan Song Music Video’s work is the answer to President Anquino’s message to Filipinos to unite and contribute to a national project for continuing progress.

Both campaigns were a product of the long-term collaborative partnership between CaPRI and client Procter & Gamble Philippines, which has yielded numerous awards from the top PR award-giving bodies in the Philippines.