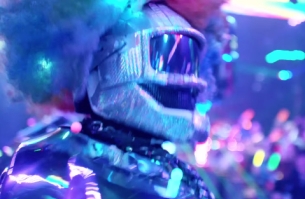 A new integrated campaign for Expedia debuted across the U.S. during the holidays from advertising agency 180LA. Featuring TV/online spots "No Excuses" and "Someplace New", both spots were directed by Cap Gun Collective director Tom Haines and can be viewed on Expedia's YouTube Channel.

To entice viewers to seize the day and take the trips of their dreams, this campaign is set in and around Tokyo – including inside the city's iconic Robot Restaurant. There, robots and lasers dance to Grimes' "Genesis" track, and one bold young traveler has the time of her life experiencing new foods, meeting new people and even taking a turn at karaoke.

Conceived by 180LA, the scripts for both spots were presented to Cap Gun Collective by senior agency producer Erin Goodsell.  "This campaign is really about the young traveler who has always wanted to travel, but finds excuses not to," said Cap Gun's executive producer Jason Botkin.  "Expedia wanted to show how easy it is with their site and app to just make a decision and go."

With Tokyo as the campaign's hero, Botkin, Haines and their crew including director of photography Steve Annis made the trip and dialed-in a fast-moving production schedule with their principal talent and lots of colorful locals.

"We wanted to communicate the feelings of excitement that come when you are out of your comfort zone," began Haines, who also explained that all the unique facets of Tokyo created a perfect backdrop for this story.  "We really tried to let the city drive the creative, opting for more of an observational approach.  It was important to show our hero not only exploring but thriving as a solo traveler, and to make the experience look rewarding on many levels."

Haines continued, "I wanted our hero's journey to be seen as an enlightening experience:  She found the courage to do this trip, and was rewarded.  Expedia wanted to show a different way of thinking about travel, and I was really attracted to that message.  It really gave us the opportunity to tell an interesting, more emotional story."

After spending two days capturing their footage using an ARRI Alexa Plus system, Botkin said his crew took their turn experiencing all the fun demonstrated in the spots.  "As part of our late-night karaoke adventures, I sang ‘Mexican Radio' and Tom sang ‘Lola,'" he confirmed.