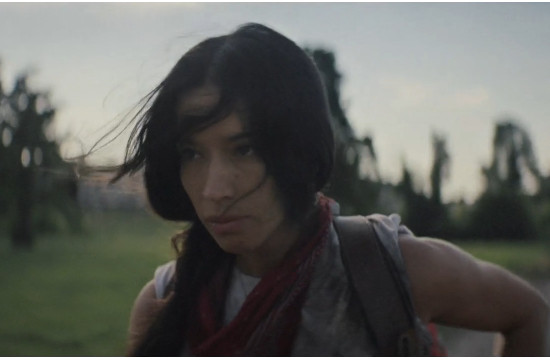 Award-winning commercial production company Cap Gun Collective is very proud to share behind-the-scenes details from director Tom Haines newest project:  the music video for the Civil Wars' "The One That Got Away."  This cinematic video debuted on YouTube on August 7, featuring the debut single from the Grammy-winning group's brand new, self-titled Sensibility Recordings/Columbia Records album, which came out on August 2: http://smarturl.it/thecivilwars

As widely reported in international news media, the new album has earned high praise from Adele on Twitter:  "Please go and get the new Civil Wars album," she Tweeted on Aug. 7. "They're my absolute favourite and the new record is beautiful!"

Shot in the Ozark Mountains along the Arkansas and Missouri Railroad, a 150-mile route connecting Fort Smith, Arkansas, with Monett, Missouri, the story follows a young itinerant woman who travels freight trains across the heartland looking for work, and experiencing life on the outer edge of civilization.  Filled with scenes shot in the wreckage of May's devastating E-F5 tornado, the video stars LA-based actress Claudia Davila along with dozens of local actors and residents cast during three days of location filming by Haines, director of photography Lol Crawley, Cap Gun executive producer Jason Botkin and their crew.

"I've always wanted to shoot a film based around train hopping," began Haines, who was nominated for the UKMVA's Best New Director Award in 2007.  "We tested the idea with the label, Joy and John Paul, and everyone felt like it could work, as it somehow reflected the ideas of loss, regret and transience which echo in the song.  When they understood it would be panoramic in scope, full of faces and landscapes that reflect the tones in the music without being too prescriptive, John Paul and Joy were really into it."

Sharing many insights into the challenges of shooting in some of the area's hardest hit locations, and onboard the A&M railways, Haines described the process as being difficult, but also, incredibly rewarding.  For example, during the scene where a house is torn down, Haines had an emotional conversation with the home's owner.  By the director's account, the production was aided immensely by A&M's main gaffers ("Larry and Brenda"), who were instrumental in designing the right type of train, scouting locations and even bringing the production team to a square dance to find cast.

"People love to talk in that part of the world, they have great stories and yarns; I felt like I was in a Cormac McCarthy novel," Haines continued.  "The chap who dies in the film is an old Rodeo clown called Norman.  He's got throat cancer and is not long for this world, but his eyes lit up when he saw an opportunity to be in this video."

With these and other encumbrances of the "tricky" production, according to Haines, the plot naturally evolved into something more narrative and linear.  "I wanted to create the idea of a character who was living on the edge of society, but that gave her strength," he added.  "She is vulnerable but adaptable, and sadly, seismic natural disasters seem to be increasingly something we may have to live with, so adaptability is crucial to survival."

For principal photography, the team used the ARRI Alexa Digital Camera System with anamorphic lenses.  As one tribute to the project's powerful, cinematic storytelling, it has now been chosen as an official Vimeo Staff Pick (https://vimeo.com/72176166).