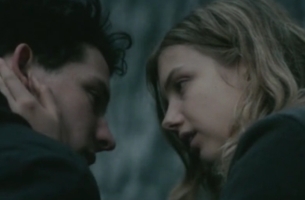 Cap Gun Collective and Cap Gun TV, its hybrid production studio, are very proud to announce that roster director Jeppe Rønde has swept the narrative feature film competition at the 2015 Tribeca Film Festival with his newest film, "Bridgend."  The project from Blenkov and Schønnemann Pictures in co-production with Four Sons Pictures Ltd., Bacon IS and Cap Gun Collective was produced with support from New Danish Screen/The Danish Film Institute.

Co-written by Rønde with Torben Bech and Peter Asmussen, who co-wrote "Breaking the Waves" with Lars von Trier, the subject matter of "Bridgend" is the much-publicized near-epidemic of suicides which has plagued the Welsh county of the same name since 2007.  Rønde has much to say about the film's dramatic subject matter, which he has taken-on in order to raise awareness of the troubling real-life situation and hopefully to bring about positive change.  In accompanying the film to festivals, he continues discussing the people he has met and the lessons he has learned in Bridgend County, as well as his storytelling approach in the film.  For this project, he credits several key collaborators for their monumental contributions.

"I have many people to thank for how this film turned out, beginning with Hannah Murray, who delivered such a selfless, deep and engaging performance," he began.  "It's great to see her recognized for that.  To name just a few others, casting director Des Hamilton helped push me into new territories, DP Magnus Jønck helped me keep the emotional core intact within the frame, and editor Olivier Bugge Coutté helped me re-write the story again."

Rønde joined Cap Gun's roster in 2013, which represents him across North America.  As the director of award-winning feature films, television episodics, shorts and commercials who is a repeat Robert Award (known as Denmark's Oscars) winner voted his country's top director in 2010, Rønde has honed his own signature style.  In 2013, his unique craftsmanship earned Cannes Film Lion Gold and Eurobest's Grand Prix in Film Craft.  Working through leading creative agencies, Rønde has helmed iconic commercials for Acadomia, Coca Cola, The Danish Railways, Danske Bank, Momondo, Royal Unibrew, Tuborg and Volkswagen, to name but a few.  His first feature "Jerusalem My Love" won numerous international prizes, and his second, "The Swenkas," earned him the title of Best International Director at Toronto, a Robert, and a European Film Award nomination.