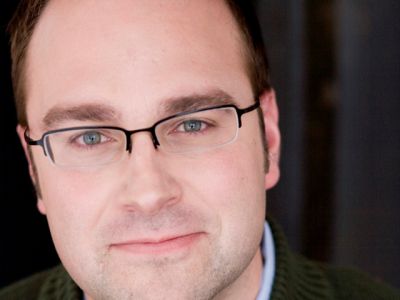 Following the recent announcement that their original web series "Teachers" has been ordered to pilot by TV Land, the principals of the award-winning international commercial production company Cap Gun Collective are very proud to announce the signing of the series' co-creator and director Matt Miller to their roster for U.S. representation. The appointment is effective immediately, and was announced by Cap Gun's executive producer Matt Abramson.

Miller developed the "Teachers" web series alongside the sketch group The Katydids and produced it through Cap Gun TV, Cap Gun's hybrid production studio that develops, produces, and markets original content for multiple platforms. The series includes dozens of webisodes edited by Tim Warnamen of The Whitehouse, and was first distributed through The Onion's digital platform. Along with being one of Chicago's most accomplished young theatre directors, Miller spent five years as a casting director for Paskal Rudnicke Casting.

"I first met Matt Miller when I was a terrible actor auditioning for commercials and he was running casting sessions," Abramson began. "We stayed in touch over the years, and when he approached us for 'Teachers,' we instantly knew it was a great fit. Very early into production, we realized that he is an extremely talented film director, and as shown in those episodes, he really knows how to get the best from everyone.

"Our staff producer PJ Fishwick produced 'Teachers' and he and Matt work together exceptionally well," Abramson continued. "Above all, Matt shares our vibe, he's a nice guy with no ego, he's very fun to be around and collaborate with, and he's very smart."

For the past 15 years Miller has directed for theatres large and small throughout Chicago-land. His critically acclaimed 2013 production of "The Seafarer" for Seanachai Theatre received four stars from the Chicago Tribune and two extensions; other notable credits include work with Steppenwolf, Mary-Arrchie, Lifeline Theatre and Profiles Theatre. Miller is currently an adjunct professor at DePaul University's Theatre School and a member of the faculty at both the Second City Training Center and The Acting Studio Chicago. Miller is also a proud 15-year company member of Barrel of Monkeys, a group that provides creative writing workshops for Chicago Public Elementary Schools that lack arts funding.

"Matt Abramson and I had a great time collaborating on 'Teachers,' and I also know Cap Gun co-founder and director Alex Fendrich pretty well from the Second City scene, and have often had him in to visit my on-camera classes around town as a guest director. So for me there has been a tremendous amount of trust and comfort in working with Cap Gun from the very beginning."

On the U.S. roster for Cap Gun Collective, Miller joins Abteen Bagheri, Docter Twins, Alex Fendrich, Tom Haines, Tomas Mankovsky, Jeppe Rønde, Michael Sewandono and Spooner/Bonde. For commercial and branded content assignments, the collective is represented on the East Coast by The Family, on the West Coast by Novick & Associates, and in the Midwest by Them Reps, while Tommy Labuda represents the roster for music videos.