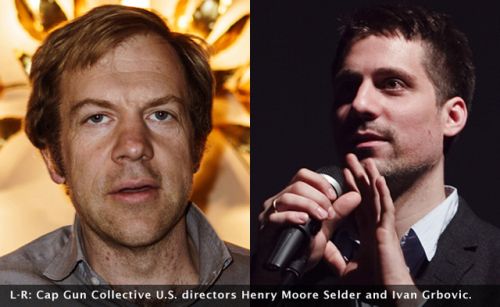 "Both Ivan and Henry are amazingly accomplished filmmakers with unique perspectives and strong desires to tell bold stories with rich aesthetics, style and humor," Botkin said.  "Together we all are aiming to bring our talents to bear on the storytelling needs of leading brands and agencies across America."

A native of Montreal, Canada, Grbovic's 2012 feature debut "Romeo Eleven" won awards at several international film festivals, and notably, nominations for Best Film, Best Direction, Best Screenplay, Best Actor and Best Editing in Canada's prestigious Jutra Awards last year.  The Olympic spots he directed for Rona in 2010 marked his first major successes in the commercial world, and since then, he has worked with many leading ad agencies for major brands, including Actimel most recently, as well as Bank of America and Harley Davidson, while also continuing to direct music videos and developing original feature films.

"Jason Botkin recently came from sunny LA to visit me in frigid Canada," said Grbovic.  "We had a good chat, and I really like where Cap Gun Collective is going."

Based in Stockholm, Selder was a key factor in the emergence of the StyleWar collective as one of the world's top commercial directing entities.  As part of that collective, he directed high-profile spots for the likes of Audi, Nike, Pepsi, Mastercard, Mercedes and many others, shooting in remote and urban locations across North America, Europe, Asia, Africa, the Middle East and Scandinavia.  After 10 successful years as part of StyleWar, he now returns to his roots as a solo director.   His very impressive body of award-winning short films includes the 30-minute sci-fi film entitled "A Living Soul" currently appearing on the international film festival circuit.

"I felt an instant rapport with Jason and was further attracted due to Cap Gun Collective's interest, not just in my commercials but also in my experience and ideas in content-based areas like TV, shorts and feature film development," Selder added.  "With CGC I've found the perfect home for all my talents!"

On the U.S. roster for Cap Gun Collective, Grbovic and Selder join Abteen Bagheri, Docter Twins, Alex Fendrich, Tom Haines, Tomas Mankovsky, Matt Miller, Jeppe Rønde, Michael Sewandono and Spooner/Bonde.  For commercial and branded content assignments, the collective is represented on the East Coast by The Family, on the West Coast by Novick & Associates, and in the Midwest by Them Reps, while Tommy Labuda represents the roster for music videos.