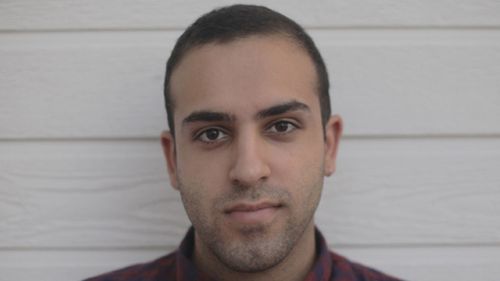 The principals of award-winning international commercial production company Cap Gun Collective are very proud to announce the addition of director Abteen Bagheri to their roster for U.S. representation.  The appointment is effective immediately, and was announced by Cap Gun Collective executive producer Jason Botkin.

"Abteen is part of a younger generation of directors coming up right now, and what sets him apart is his strong understanding of narrative," Botkin said.  "He brings a maturity to his work which can be seen in his casting, shot blocking, characters and unique the stories he is telling.  He brings us new dimensions we are very proud to add to our roster."

Born and raised in Los Angeles, Bagheri earned his B.A. in English Literature/Creative Writing and a minor in Film Theory from Stanford University.

In 2011, his breakthrough video for Harlem rapper ASAP Rocky's "Peso" put him in contention for Best New Director honors from the UK Music Video Awards, and landed him on the directorial roster of U.K.-based production company Somesuch & Co., which continues representing him outside the U.S.  Bagheri followed that success with music videos for Delta Spirit, Blood Orange and The Presets - two of which earned "Vimeo Staff Pick" distinction.

As a result of his unique perspectives and connections to youth culture, character development and remarkable storylines, Bagheri is quickly rising as a go-to director.  Over the past year, he helmed two short documentaries for the Nokia Music film series in partnership with Sundance Channel, and he is one of a handful of young directors behind TRIBUTE – a series of documentary portraits featuring youth produced by Mainline in partnership with Dazed Digital. Working through creative agency The Brooklyn Brothers, he also recently directed a visually stunning brand film for Inspired By Iceland.  Meanwhile, his latest music video for Bored Nothing debuted exclusively on NOWNESS, and was an official selection of the 2013 International Music Video Festival in Paris.  His most recent work is a global spot for Volvo through Grey London, and his Nokia Music film "That B.E.A.T." screened as part of the 2014 South by Southwest Film Festival in the Documentary Shorts competition.

"Jason Botkin and I share similar tastes, and he has a great eye for developing talent," Bagheri said.  "To me, the size of Cap Gun Collective and the fact that it's relatively new make it an exciting place for me to grow as a commercial director.  Also, their original content arm is something that I'm thrilled to be part of."

On the U.S. roster for Cap Gun Collective, Bagheri joins Docter Twins, Alex Fendrich, Tom Haines, Tomas Mankovsky, Jeppe Rønde, Michael Sewandono and Spooner/Bonde.  For commercial and branded content assignments, the collective is represented on the East Coast by The Family, on the West Coast by Novick & Associates, and in the Midwest by Them Reps, while Tommy Labuda represents the roster for music videos.